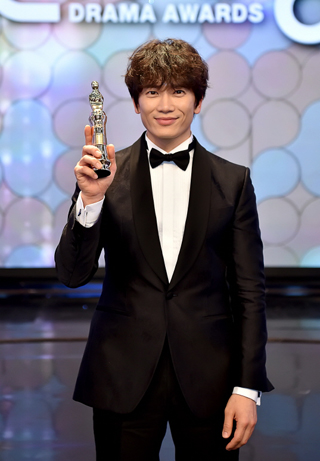 Actor Ji Sung, who had a stellar past year in the drama “Kill Me, Heal Me,” is scheduled to return to the small screen in the new SBS TV series “Ddanddara.”

The broadcaster announced Thursday that Ji Sung will star as Shin Seok-ho, a former director of the country’s biggest celebrity management company who starts his own business following an egregious betrayal.

“Inspired by the current Korean music scene, the drama will depict the bittersweet experiences of aspiring music prodigies chasing their dreams,” SBS said.

The star expressed a fondness for the role he will play and promised to live up to viewers’ expectations.

“Ddanddara” will begin airing next month.