Film studios turn to mobile marketing to spread the word

Film studios turn to mobile marketing to spread the word 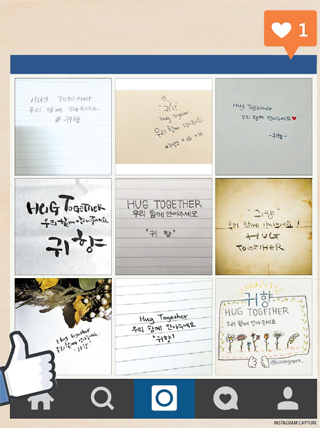 There used to be a time when deciding which movie to watch on the coming weekend pretty much relied on the analogue style of promotions, namely ads in newspapers, leaflets and movie posters hung up at nearby theaters. Purchases of movie tickets had to be made at the theaters after checking the timetable posted on a bulletin board.

But this certainly is not the case anymore.


With the emergence of smartphones, which have enabled nearly 80 percent of Koreans to stay connected anywhere and at anytime, mobile platforms have risen to become potential theatergoers’ go-to source when they want to find out about upcoming new releases.

Accordingly, the methods in which film companies roll out marketing strategies and promotional events have become all the more creative as well, adapting to the new platforms.

Most recently, Plan It, a marketing company for the soon-to-be-released thriller “Come Watch Me,” released a trailer filmed in vertical mode, also known as portrait mode, in order to cater to would-be viewers, who will be accessing the trailer through mobile platforms.

This is the first time in Korea that a film trailer was shot in vertical mode, and it turned out to be a hit among movie fans, as evidenced by the clip accumulating more than three million views within three days of its release.

“We had to think about the audiences who search for the films they are curious about on their smartphones,” said a Plan It official.

“Before, a lot of our marketing strategy was concentrated with exposing our film on search engines such as Naver, but the paradigm has shifted to mobile these days,” she added.

The trailer in question is shot from a first-person perspective and resembles footage captured by the female protagonist’s smartphone as she suddenly gets kidnapped by a group of unknown men while video-calling her friend.

“A lot of the responses were how much they were surprised to see the video filling the smartphone screen [from top to bottom] once they clicked the play button,” the company official said, saying the overall theme also went along well with the mysterious and thrilling mood of the movie.


Prior to the film’s official release Feb. 24, its distributor, Waw Pictures, rolled out a campaign which encouraged people to share information about the film on their social media account with the hashtag #hug_together. The online campaign did not subside even after the film’s release, as people who saw it, or were planning to , started uploading pictures of their handwritten notes of “Hug Together.” 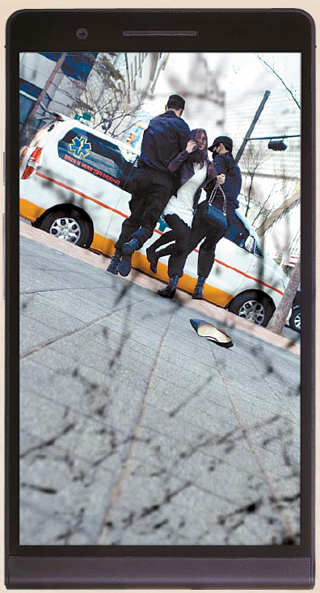 A trailer for the soon-to-be-released film “Come Watch Me” was shot in vertical mode in order to better cater to mobile users.[PLAN IT]

“I joined the campaign as well even before I watched the movie when one of my Instagram friends posted her handwriting of ‘Hug Together,’ with a post that said she wishes to raise more awareness of the sensitive historical issue,” said Park Eun-ji, 27, one of the campaign’s participants.

“I browse through Instagram every day, and when a post like that shows up, I tend to pay more attention to the movie and sometimes I go watch it,” Park added.

Another strategy that many film companies pursue these days is live broadcasts of sit-down sessions with film stars that are streamed online. Naver’s “Movie Talk,” which airs on its own broadcasting app called V, is a representative case.

The best part of rolling out an Internet-based show is that the actors get to flaunt their own distinctive charms, which are not necessarily related to the film. 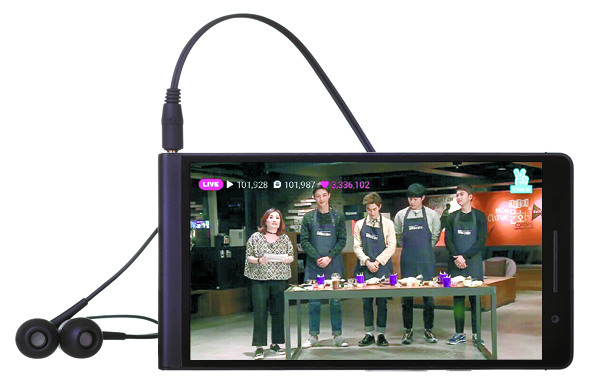 The cast of “One Way Trip” demonstrates baking a cake on a live Internet broadcast in addition to talking about the film. [INNO PLAN]

On the episode, which aired on Monday evening coinciding with the holiday White Day, four actors - Kim Ji-soo, Kim Jun-myeon (also known as Suho from the K-pop group Exo), Ryu Jun-yeol, and Kim Hee-chan - not only talked about the film but also demonstrated baking cakes. During the show, the movie title ranked high on the list of most-searched terms on Naver and stayed there until the next day.

“The best part about rolling out this kind of show is that we get to see responses and feedback from the public right away,” said an official from Inno Plan, a marketing company for the film.

“If the actors have big followings, we can attract more viewers, which eventually leads to a higher ranking for the film in real-time search terms,” she said.

Being able to be more creative with the show’s concept is another benefit of Internet-based shows, she added, whereas other media have more restrictions and time limits.