The Seoul Philharmonic Orchestra announced Thursday the conductors who will lead the six regular performances originally planned to be conducted by maestro Chung Myung-whun, the former artistic director and principal conductor of the orchestra who departed suddenly in December. 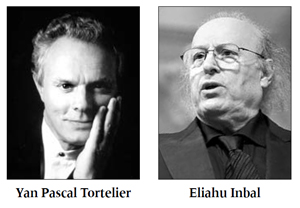 First in line is Tortelier, a world-renowned French conductor and violinist. He served as the principal conductor and artistic director of the Ulster Orchestra and led the BBC Philharmonic Orchestra as principal conductor, and has since gained the title of conductor emeritus. He will conduct the performance of Tchaikovsky’s Symphony No. 4 scheduled for July 15, and pianist Cho Seong-jin, the winner of last year’s International Chopin Competition, will perform with the orchestra. The star pianist’s first concert with the Seoul Philharmonic Orchestra since winning the competition has generated a lot of anticipation for the performance.

Inbal will conduct the following two regular performances, scheduled for Aug. 24 and 25. Inbal, an Israeli conductor, has led some of the world’s most renowned orchestras, such as the Frankfurt Radio Symphony Orchestra, the Konzerthausorchester Berlin, the Czech Philharmonic and the Tokyo Metropolitan Symphony Orchestra. He will conduct Brahms’ Symphony No. 2 and lead a concerto with pianist Olga Kern, who is replacing Chinese pianist Yuja Wang, on leave due to personal reasons.

Next, Bloch will conduct a regular performance. He studied at the Conservatoire de Paris and won the Donatella Flick LSO Conducting Competition in 2012. He is actively pursuing his musical career and gained favorable reviews for previously conducting Stravinsky’s “The Rite of Spring” with the Seoul Philharmonic. This time, he will lead Brahms’ Symphony No. 1 on Dec. 9.

Eschenbach will serve as the final conductor in the series for the Seoul Philharmonic. Eschenbach is highly renowned for his career as a music director for prestigious orchestras worldwide, such as the Tonhalle-­Gesellschaft in Zurich, the Houston Symphony Orchestra, the NDR Symphony Orchestra in Hamburg, the Orchestre de Paris and the Philadelphia Orchestra, as well as at the Kennedy Center for the Performing Arts. He will conduct Beethoven’s Symphony No. 9 Choral on Dec. 28 and 29. 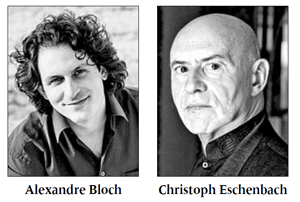 Some had expressed concern over the quality of performances by the city-run orchestra, known to be the country’s best, after Chung’s departure. Chung is acknowledged for helping the orchestra boost its international reputation to new heights over the past 10 years, during which he was at the helm.

He decided to leave the orchestra after being surrounded in controversy since late 2014 involving various scandals relating to the running of the orchestra, his salary and more.

According to the Seoul Philharmonic Orchestra, ticket prices for the performances will be lowered for the convenience of the audience. Furthermore, ticketholders can get refunds without any fees from March 22 to 28 on the official homepage of the orchestra (www.seoulphil.or.kr).

Meanwhile, the orchestra has formed an advisory committee to select a new artistic director and principal conductor, but it may take some time to reach a decision.