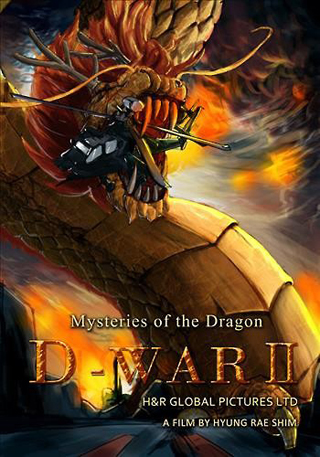 Comedian and movie director Shim Hyung-rae will direct a sequel to his debut film “D-War” (2007).
Shim announced Friday that he landed a 90 billion won ($77 million) investment deal with Chinese cultural content production group Hua Ren Cultural Association for the movie.
The investor will take charge of distribution and production of the film, “D-War 2,” while Shim will direct.
Shim and his backer will host a production presentation today at the Tangla Hotel in Beijing.
The director’s science fiction hit “D-War” hit theaters in 2007 and sold roughly eight million tickets in Korea. It was praised for its high level of computer graphics.
The movie played in more than 2,200 theaters across the United States and around 600 theaters in China.
“D-War 2” will be set in the Cold War period and revolve around the competition between the Soviet Union and the United States to be first on the moon.
“The movie was a global box office hit,” the backer said about their investment decision.
Director Shim is pushing for universal release next summer.