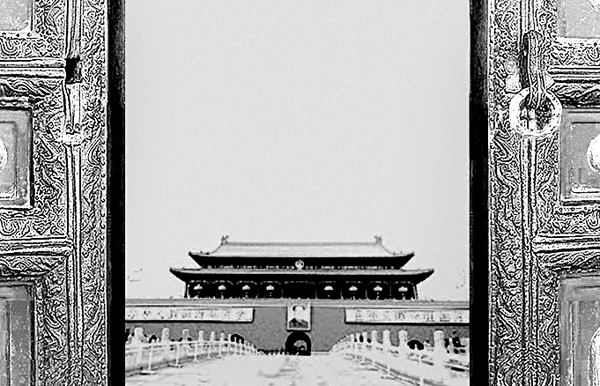 Ever since global investors began questioning the competence of Chinese policymakers last summer, the latter have repeatedly fallen back on a familiar schoolyard defense: “I know you are, but what am I?” No matter how poor their judgment, egregious their miscues or dismal China’s economic results, Chinese leaders argue, the U.S. economy and its stewards can hardly claim to have performed any better.

Just last week, in a rare press conference, China’s finance minister Lou Jiwei tried to deflect a question about China’s worrying explosion of debt by comparing his country to the U.S. “Its current debt level is a lot higher than its 2008 standard but its economy is still recovering,” Lou contended. “So we can’t generalize the theory that high debts must lead to a crisis.”

Similarly, at a conference ahead of the G-20 meeting in Shanghai in February, Chinese Vice Finance Minister Zhu Guangyao couldn’t resist a swipe at U.S. policymakers. Perhaps Chinese leaders did have to do a better job of explaining their economic decisions to the world, he admitted, but so did the Americans. Last August, Zhu used the same tactic when defending his government’s much-criticized, heavy-handed intervention in the stock market, arguing the U.S. had employed similar methods before. “Other countries [did] the same thing,” he said. “You can see the case in [the] U.S.”

Such retorts are all too familiar to anyone writing critically about China’s economy. Negative critiques are often dismissed as sour grapes or China-bashing. The U.S. economy isn’t in such great shape either, China’s defenders snap, so what right do you have to tell anyone else what to do?

In picking up the refrain, Chinese policymakers may believe they’re exposing the West’s hypocrisy. While Americans like to think of their economy as a model of free-market virtues, in fact U.S. policymakers do fool with market forces when they feel the need. Why should China be held to standards to which Westerners don’t adhere themselves? And for that matter, why are China’s mandarins expected to be any less fallible than their counterparts in the U.S. or Europe?

Those are fair points. However, by engaging in finger-pointing, leaders in Beijing suggest they’re either not taking seriously the issues that worry the world, or they don’t really understand the scope of their problems. That does little to restore faith in Chinese regulators or policymakers or markets, which should be the leadership’s main goal.

The problem is that Beijing’s comparisons are ill-conceived. It’s simply laughable to equate the sledgehammer China wielded to prop up the Shanghai stock market last year — banning short-selling, suspending trading of many shares, forcing government-linked players to buy — with the minor, temporary intervention by U.S. regulators in 2008. Nor does claiming the U.S. has the same communications problems as China make any sense. Federal Reserve Chair Janet Yellen routinely holds press conferences and appears at congressional hearings. Until very recently, her counterpart, Zhou Xiaochuan, governor of China’s central bank, has operated in inscrutable silence.
The comparison of China’s debt problems to America’s doesn’t hold up, either. Looking at total (not government) debt — which is what concerns investors most in China — U.S. levels appear to be on a healthy trend. Meanwhile China has witnessed the largest build-up of debt, relative to the size of its economy, in the emerging world over the past decade.

Chinese leaders are missing the point of their own examples. Instead of seizing on U.S. failings as a cover for its own, China would be better served by learning from them. For instance, a more careful study of U.S. regulators’ suspension of certain short-selling during the 2008 financial crisis would have made clear that such measures wouldn’t work in China either. In his rosy assessment of China’s debt levels, Lou, China’s finance minister, seems to have forgotten that a mountain of risky debt flattened the U.S. economy only seven years ago, a disaster it’s still paying for today.

In fact, the U.S. may be the world’s best laboratory for studying not just how to create economic mayhem, but how to restore stability. America’s economy has endured all sorts of bubbles and booms created by irrational exuberance, made worse by policy missteps,
throughout its history — not all that different from what China’s facing today. But each and every time, the U.S. has rebooted, reformed and recovered precisely because it’s been willing to confront its mistakes honestly and quickly. (In his press conference, Lou admitted as much when he praised the U.S. bank bailout after the 2008 crash.) China would be wise to emulate America’s resilience, not just its problems.

*The author is a journalist based in Beijing and author of “Confucius: And the World He Created.”