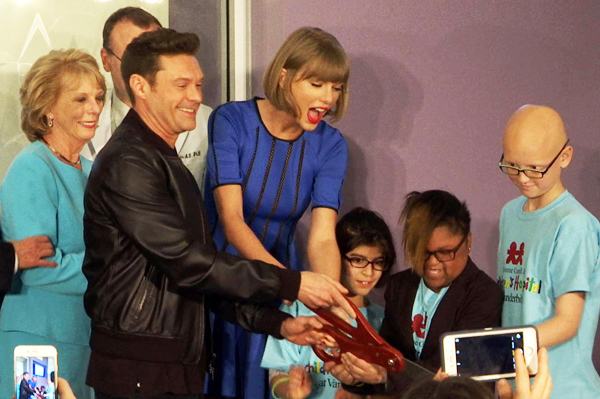 Swift on Friday met with children at Monroe Carell Jr. Children’s Hospital at Vanderbilt University Medical Center following the ribbon cutting on the new Seacrest Studio built at the hospital.

She told the crowd that she visited one of the 10 studios that Seacrest’s foundation had built at children’s hospitals across the country and wanted to be involved when he opened the latest one in Music City.

“What I saw when I went there was an opportunity for the kids to find excitement and to express their creativity and to learn about what it is to create content, whether you would like to make your own radio show or whether you want to record,’’ Swift said.

It wasn’t the first time that Swift made a surprise visit to a children’s hospital: She previously visited others, including Hasbro Children’s Hospital in Providence, Rhode Island. She said she has visited the children at the Nashville facility before.