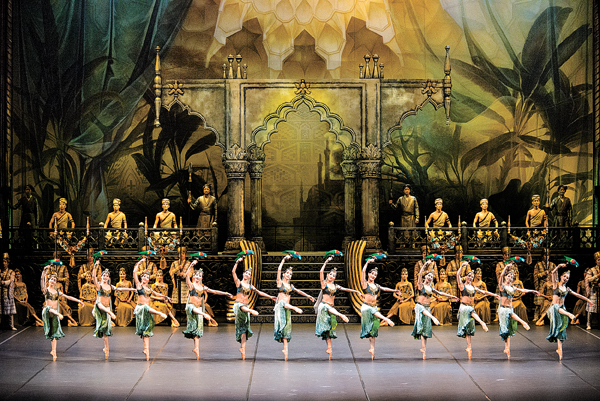 The Korean National Ballet announced its 2016 season, which consists of six performances. The first performance, “La Bayadere,” which means Indian temple dancer in French, describes the quest of love between Solor, Nikia, Gamzatti and the High Brahmin. It will hit the stage from March 30 to April 3. [KOREAN NATIONAL BALLET]

Kang Sue-jin, the artistic director of the Korean National Ballet, introduced the performances for this season and her objectives for the ballet.

Kang is a ballerina whose name is familiar to most Koreans - even those not interested in ballet. She studied ballet at the Academie de Danse Classique Princess Grace in Monte Carlo from 1982 to 1985. She then joined the Stuttgart Ballet’s Corps de Ballet in Germany and was promoted to principal dancer in 1997, beginning a strong career in which she played the lead in numerous performances.

Some examples of her famous performances include “Onegin,” “Romeo and Juliet,” “The Sleeping Beauty” and “The Lady of the Camellias.” She worked closely with John Cranko, the founder of the Stuttgart Ballet and a noted choreographer. In 1999, she won a prize at Prix Benois de la Dance and was named a Kammertanzerin, a top honor in Germany, for the first time for an Asian in 2007.

In 2014, she was appointed artistic director of Korean National Ballet. 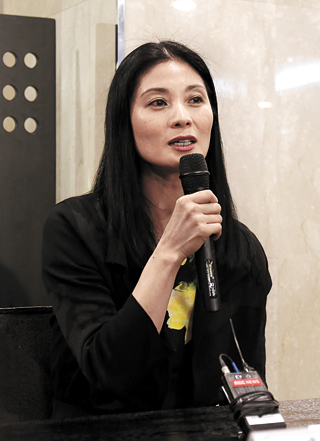 The ballet has six performances planned for this year. First to come is “La Bayadere,” a classic ballet that is widely loved by audiences. It was composed by Austrian composer Ludwig Minkus and choreographed by Yuri Grigorovich, the version performed by Bolshoi Ballet.

“We have performed La Bayadere two years ago. I also look forward to performing the piece with upgraded quality,” said Kang.

“La Bayadere” will be staged from March 30 to April 3 in Seoul Arts Center Opera House.

Then, the National Ballet will stage “Serenade” and “The Rite of Spring.” The latter was choreographed by George Balanchine, a 20th-century ballet dancer and choreographer who is renowned for developing neoclassical ballet. Kang said his choreography requires dancers to be in excellent shape and condition. It will be performed from April 29 to May 1 at LG Arts Center.

“Don Quixote” comes next in the series. The Korean National Ballet has been giving performances that include explanations in order to enhance understanding for families and for those who are not familiar with ballet. “Don Quixote” will be staged with this feature May 5 to 8 at LG Arts Center.

Next, “The Taming of the Shrew,” based on the play by William Shakespeare, will hit the stage. Choreographed by Cranko, this piece was first performed by the Stuttgart Ballet in 1969. It became one of the most popular performances of the Korean National Ballet after it had its Korean premiere under the direction of Kang. It will be staged from June 23 to 26 at the Seoul Arts Center Opera House.

“The Sleeping Beauty” is up next. Marcia Haydee, a renowned ballerina who inspired Cranko, initiated her career as a choreographer with this piece in 1987. It is the first time that Korean National Ballet is performing the piece. The performance will be staged from Nov. 3 to 6 at the Seoul Arts Center Opera House.

“This piece is a perfect one for the dancers to improve their skills,” Kang said. This is because this piece does not allow even a minor mistake. “It is similar to Mozart’s music, which is very academic,” she added.

Lastly, “The Nutcracker” will be performed from Dec. 17 to 25 at the Seoul Arts Center Opera House. It is based on the novel written by E.T.A Hoffmann, “The Nutcracker and the Mouse King.” It is a classic ballet piece steadily loved by people around the world.

The 2016 Season presents the audience with classical ballet, neoclassical ballet as well as drama ballet, illustrating the Korean National Ballet’s aim to appeal to the public. This is in line with the objective of Kang as an artistic director - to make ballet widely enjoyed by people.

“People who are new to ballet performances are the most precious audience for us,” she said.