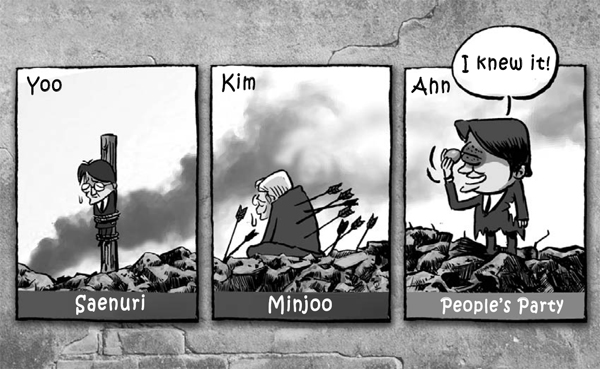 As the ruling Saenuri Party determines the fate of Rep. Yoo Seong-min and the opposition Minjoo Party’s interim leader Kim Chong-in comes under attack for nominating himself as a proportional representative, minor opposition People’s Party leader Ahn Cheol-soo was attacked Monday by people denied nominations for the April 13 general election.