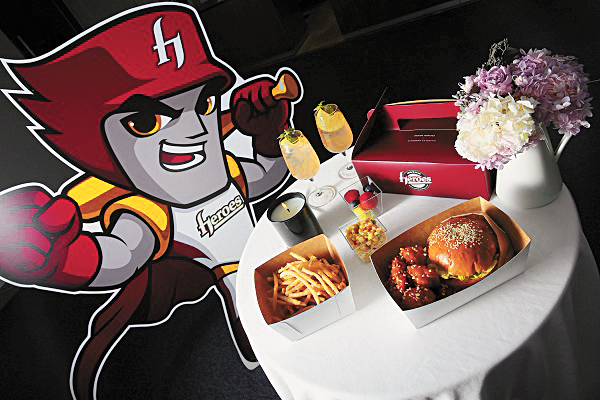 Gocheok Sky Dome, the new 240 billion won ($207 million) home of the Nexen Heroes, hosted its first professional baseball game on March 15 in an exhibition clash between the Heroes and the SK Wyverns.

Since its official opening for public viewing in Nov. 2015, the first domed baseball stadium in South Korea, with seating for 18,706 spectators, has received a lot of attention from fans and the media for the potential it holds in both economic and sporting terms, as well as for all the amenities it offers.

During the preseason, seats are free of charge during weekdays but most Korea Baseball Organization (KBO) teams charge for the weekend exhibition games. After the Heroes announced seats for weekend preseason games would be sold at 10,000 won, there were some complaints that the price was too steep and some fans wondered how many spectators would actually attend the game on the first weekend.

However, the turnout was much more than anticipated as nearly 10,000 fans visited the Dome last weekend.

Since the Heroes began playing in the venue, about 4,000 fans on average visited the stadium from March 15 to 18, with the total crowd curiously increasing each day from 3,541 on Tuesday to 5,038 fans on Friday to watch the game for free. And more fans came out to watch the Heroes play on the weekend. 4,482 and 5,292 fans attended the games on Saturday and Sunday respectively. 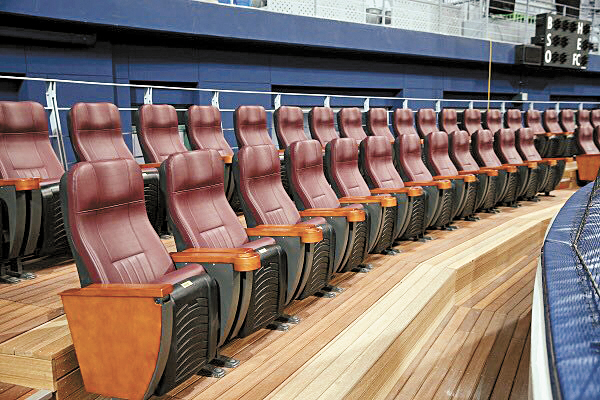 The Diamond Section at the Dome.[NEXEN HEROES]

With a total 9,774 tickets sold over the weekend, the Heroes amassed 97.74 million won. Sunday’s game against Samsung Lions also recorded the highest number of spectators at the ballpark since the Heroes settled in. The Heroes are yet to announce the price of tickets during the regular season.

The fact that Gocheok Sky Dome is the first of its kind in Korea is likely one of the main attractions for a high number of fans visiting the venue. The amenities and convenient facilities also play a pivotal role.

The 261 seats in the Diamond Section, which is the prime location right behind the home plate, are specially designed and made of leather to keep spectators comfortable. The section is also connected to the club lounge where fans can enjoy free snacks and beverages. 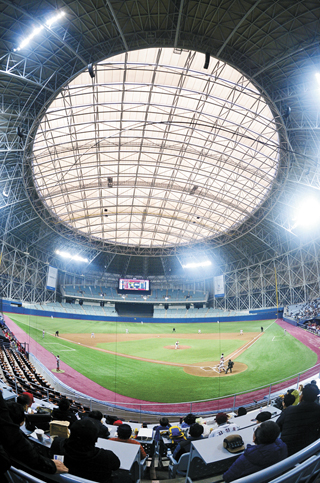 The Dome during a game.[NEWSIS]

The 16 rooms in the skybox on the third floor hold 216 seats. Each room has the “Free Zone” where fans are offered catering services during a game.

As for parking, the Heroes have secured approximately 10,000 parking spots in nearby buildings to ease the pain of finding a parking spot for fans.

To allow fans to move around the stadium easier, about 1,200 seats were removed from the original plan and 49 aisles were added. They also installed the railing in the upper deck with more spaces between safety metal bars to allow more visibility and set up the wire net above the stands to block foul balls. The stadium also has kids’ zones on the third floor and nursing rooms in the first basement level for parents.