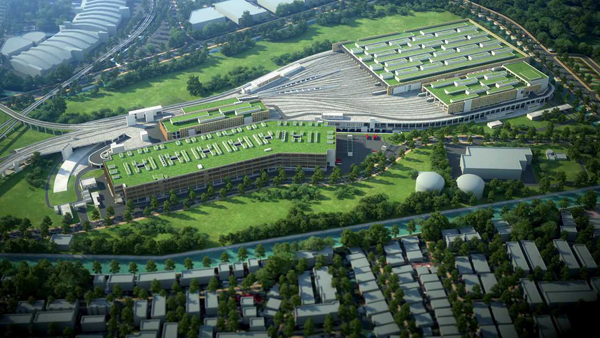 GS Engineering & Construction has won a contract to build a vehicle depot worth $1.46 billion in Singapore.

The company said on Tuesday that the project, named T301, was awarded by Singapore’s Land Transport Authority (LTA).

The company said it will be the world’s biggest vehicle depot. GS said the depot will be built on 320,000 square meters (80 acres) of land and is expected to be completed in February 2024.

The company said it was selected as the only business for the project based on its good reputation from a previous LTA project to build a subway depot.

Among companies jointly participating in the project to build subway depot C911, GS was the only one that shortened the project deadline by six months by finishing it in July last year. By adding the T301 project, the total project amount won by GS in building subway infrastructure has hit 3.2 trillion won ($2.7 billion).

The company said its building information modeling, a 3-D design technique, also appealed to the LTA in the bidding presentation. The company also received the highest rating in Singapore’s Green & Gracious Builder Scheme, which evaluates a builder’s environment protection performance.

“We were able to win the T301 project as we have successfully completed many subway-related projects in Singapore,” said Yim Byeong-yong, president of GS. “We will try to finish this one well, too.”