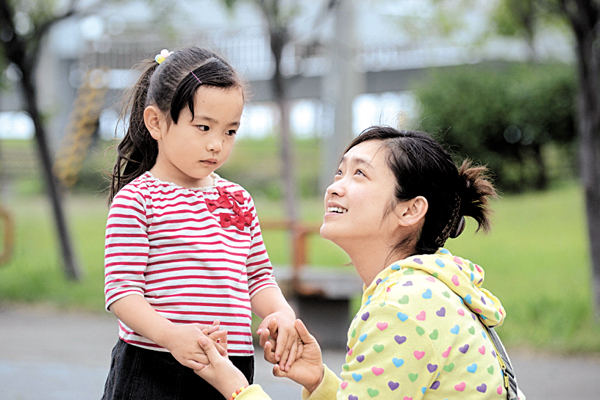 In “Being Good,” Omiya, right, treats the young daughter of her neighbor with love. The child is abused constantly by her mother, Masami.

Child abuse has long been a social issue in Korea. Cases of physical abuse of children - even of parents murdering their children - are widespread, yet there are no solutions in sight. And after few weeks of news coverage, such horrific cases are forgotten. Then a similar case emerges, and the vicious cycle is repeated.

For those looking for answers, the film “Being Good” talks about the reality of child abuse in Japan. It was directed by Mipo O, who has gained global acclaim after she won Best Director for “The Light Shines Only There” at the 2014 Montreal World Film Festival. And her latest film won the Netpac Jury Prize at the 2015 Moscow International Film Festival.

The movie features a diverse spectrum of child abuse cases as well as a possible solution in the education system, despite its flaws. And the lessons of the film are not limited to only Japan, but can be applied anywhere child abuse takes place.

“A middle-aged woman came to me after watching the film at the Moscow International Film Festival and said that she appreciated the film for allowing many people to know the truth,” O said at a press conference earlier this month in Seoul. “I was touched by her words and at the same time felt a strong sense of responsibility.” 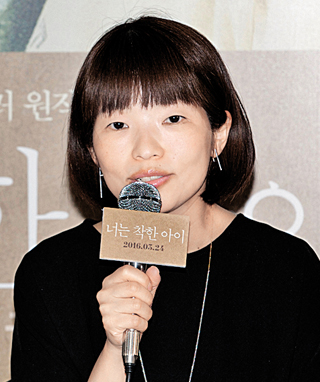 The story follows three characters who live in a small town in Japan. Newbie teacher Okano (Kengo Kora) is having a difficult time with out-of-control students. Then one day he comes across a boy, Ganda, who is afraid of going home because of his abusive father.

Then, there is Masami (Machiko Ono), who cannot control her anger and hits her young daughter. She herself was abused by her father when she was young.

Lastly, there is a grandmother, Akiko, who lives next to the school. She suffers from dementia but begins to communicate with a young boy with autism.

The characters have their own hardship and childhood trauma, with the resulting violence. But they soothe each other and find a way to solve the problem.

Through the symbiotic relationship among the characters, they come to understand each other’s pain, which the director thinks is the first step in finding happiness in their lives.

“The story will not end even though the film has ended,” O said. “Our life still goes on and that truth can sometimes be harsh on us. But still I hope that many people after watching the movie might be able to think about happiness.”

The film is based on the novel “You Are a Good Child” by Hatsue Nakawaki.

O says there are multiple meanings behind the title of the film, “Being Good.” She explained that for children, “being good” can be either suppressive or supportive depending on how the parents or teachers treats the child. This nuance is an important matter to think about when addressing the core issue of child abuse, according to O.

The film opens on Thursday.