The dark side of coming-of-age

The dark side of coming-of-age 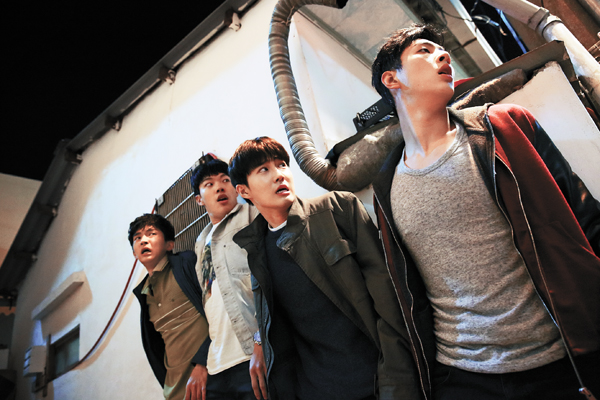 In the upcoming film “One Way Trip,” actors, from left, Kim Hee-chan, Ryu Jun-yeol, Kim Joon-myeon and Kim Ji-soo play four reckless yet innocent boys who take off on their first trip together, only to be swept up in an unexpected incident that threatens to tear their friendship apart. The film opens on Thursday.

Coming-of-age stories are a common theme in films made by aspiring male directors in Korea.

Lee Byoung-heon made a name for himself last year with the film “Twenty,” and Hong Seok-jae jumped on the bandwagon soon after with “Socialphobia.” Both films were the 30-something directors’ debut features and featured young, untamed characters in the lead roles.

This year, the baton has been passed to director Choi Jeong-yeol, who is looking forward to making a debut with a feature film titled “One Way Trip,” also known as “Glory Day.”

At a glance, the film seems to follow the typical grammar of a youth film, depicting the over-the-top behaviors of high school graduates, who as time passes realize how thoughtless they were and at the same time blessed to have done so. 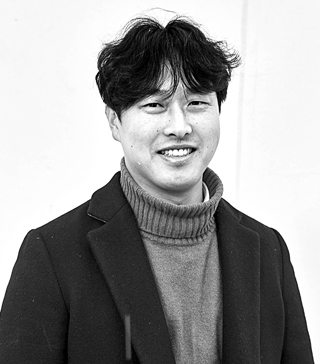 However, as “One Way Trip” reaches the halfway point, the film deviates from a set path and takes a much darker tone, delving deeper into the greed, corruption and selfishness of adults that contaminate the minds and souls of youths.

The film starts with four boys - Yong-bi (Kim Ji-soo), Sang-woo (Kim Joon-myeon, also known as Suho from the K-pop group Exo), Ji-gong (Ryu Jun-yeol) and Doo-man (Kim Hee-chan) - all of whom are not yet certain about their future, embarking on one last overnight trip together before Sang-woo enlists in the Army.

However, as they are just about to enjoy a spectacular night by the beach, they witness a woman being beaten up by what seems to be her husband and step in to protect her. The quarrel turns into a fierce fight, and before they know it, they are suspected of murder when the assailant is found dead the next day.

Families and the police get involved and their precious friendship is threatened.

“I never felt I could make this screenplay into an actual movie because it had so many dark factors in it,” Choi said in a recent interview with the Korea JoongAng Daily.

He added that as a grown-up, he wanted to make a film that feels like a letter of apology from adults.

“I wrote this screenplay almost 10 years ago when I was in my mid-20s. The structure was a lot different at the time. It wasn’t as heavy. But when I went through it again, I wanted to insert things that I missed as an immature man. I got to reflect on myself while revising it,” he said.

However, when asked if the film would be too discouraging to viewers in their 20s, the 37-year-old replied, “I wanted to tell the younger audience that it’s okay and they’ve done nothing wrong.”

“They might feel hopeless at times when fighting with adults and their stereotypes, but you know what? It is not their fault.”

The upcoming movie has also been generating buzz thanks to its stellar cast.

Ryu has skyrocketed to stardom after appearing in the recent drama “Reply 1988,” and Kim Joon-myeon is a K-pop star who is making his big-screen debut. Kim Ji-soo and Kim Hee-chan are also rising stars in the film scene.

“What I consider most important when casting actors is not how they look or act flawlessly, but whether we are on the same track about the direction in which this screenplay has to go,” said Choi. “In that sense, Ji-soo, who takes on the central character, as well as others, were perfectly cast. I was very, very lucky.”

According to Choi, each actor possesses a distinctive charm, which helped create synergy among themselves as well as with him.

“In the case of Kim Ji-soo, it was kind of love-at-first-sight. He was a perfect match for Yong-bi, who only existed in my imagination. For me, he had those looks and charm that nailed the typical image of youth stars,” Choi said. “Ryu, on the other hand, is not your typical type of a star, but he has that natural talent, soaking up the character once the camera is rolling.”

Choi said he was just starting to love cinema when he wrote the screenplay for “One Way Trip,” which is why he wanted to extend that pleasure on set by forming an environment everyone could enjoy. His efforts are evident in the film, and he hopes the audience can experience the same joy.