Deliberation on Yoo may be political tactic

Deliberation on Yoo may be political tactic 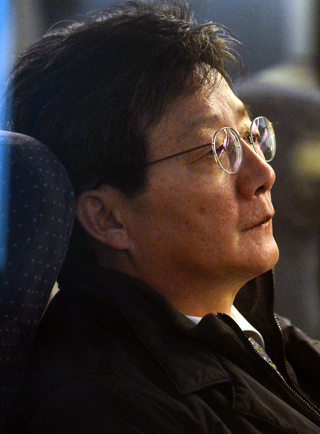 In order to submit candidacy registration, only available between Thursday and Friday, a candidate must decide a party and the electoral constituency he or she will represent by midnight tonight. If the deadline passes, that candidate cannot change party membership.

Saenuri’s nomination committee hasn’t yet come to any conclusions regarding whether to nominate Yoo in Daegu’s Dong B District or drop him from the nomination. His fate was therefore under discussion during the Supreme Council meeting which was scheduled to commence at 9 p.m. on Tuesday.

The consistent nomination delays concerning Yoo, a three-term lawmaker and former floor leader of the ruling party, increased speculations that loyalists of President Park deliberately procrastinating as a means by which to push him out of the party.

“If the decision to nominate Yoo isn’t made by Wednesday, there’s only one thing he can do: defect from the party and run as an independent,” a source at Saenuri party said, adding that the party has now brandished its willingness to overlook him in the upcoming election.

Yoo, who hasn’t shown himself in public since March 15, is likely today to announce exactly that; his decision to defect from the main opposition party today and run as an independent. That is, unless Saenuri nominates him in his electoral constituency in Daegu, the political home-turf of President Park.

Aides to Yoo said earlier this week the election camp is preparing for his run as an independent but shied on Tuesday from specifying the camp’s plan for the general election, which is only a month away.

Over the past week, the party’s nomination committee reviewed applicants for the 253 constituencies nationwide for the April 13 general election. As the selection progressed, many Park adversaries were denied, but the fate of Rep. Yoo Seong-min has remained nebulous.

Yoo was once an ally of Park, but the two parted bitterly last year after she publicly condemned Yoo for “politics of betrayal,” as the ruling party agreed to a demand by the main opposition to revise the National Assembly Act, which she called “unconstitutional.” Park, who claimed Yoo’s duplicity was motivated by political ambition, vetoed a revision to the Act. Park loyalists have consistently argued that Yoo’s political identity, as well as that of his associates, diverges from the Saenuri Party.

On Tuesday, the confrontation between President Park’s loyalists and her adversaries continued to escalate.

Hong Moon-jong, a senior Saenuri lawmaker, said in a CBS radio interview that the nomination committee might already have signaled Yoo that he will not be nominated, urging Yoo to defect from the party. Rep. Chung Doo-un asserted that the current leadership and members of the nomination committee should take responsibility if Saenuri fails at the election as a result of this “nomination massacre,” referring the exclusion of Yoo and his aides.

While party leaders continue to delay the decision on Yoo, Lee Han-koo, key Park ally and head of the nomination committee, and Chairman Kim Moo-sung, declined to comment.