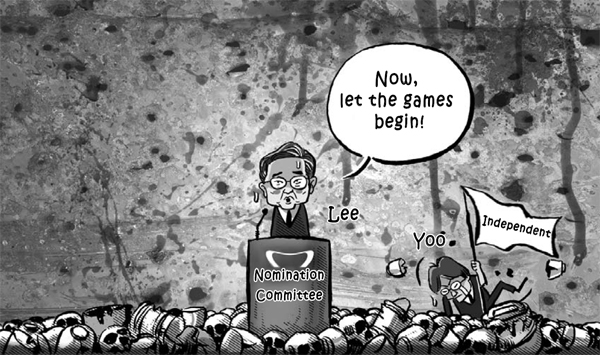 Saenuri Party Nomination Committee Chairman Lee Han-koo, a core member of the pro-Park Geun-hye group, has wrapped up nominations of the ruling party’s candidates for the April 13 general election after a massacre of lawmakers not loyal to the president, including deciding not to fill three-term lawmaker Yoo Seong-min’s constituency in Daegu. As floor leader, Yoo attacked President Park for her campaign promise of “welfare without tax increases.” He is likely to run as an independent.