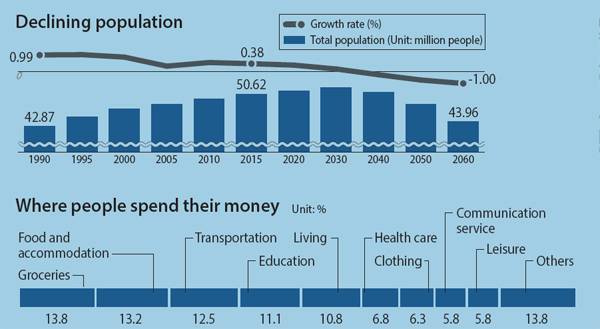 Korean society has aged to the critical point where the number of senior citizens will match younger members of society in the near future, Statistics Korea says.

And the situation is likely to get worse as young people are less interested in marriage or having children which is driving up the number of people who are living alone.

According to the agency last year the number of senior citizens aged 65 or older accounted for 13.1 percent of Korea’s total 50 million population. During the same period, the ratio of people between the age of 15 and 64 was 73 percent of the population.

However, the problem is in the future. Koreans aged 14 and younger last year accounted for 13.9 percent, which isn’t much different than the senior citizens group. 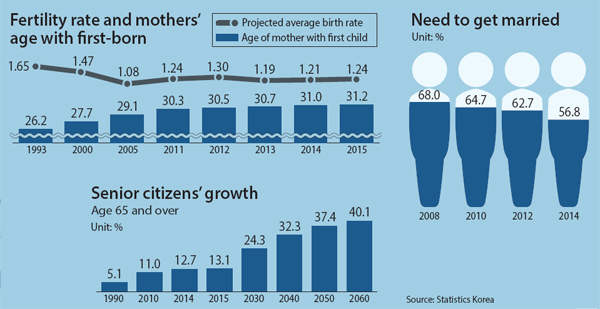 The survey showed that 56.8 percent of adults believe getting married is a must, which is a drop from four years ago when it was 64.7 percent.

With less people feeling the need to get married, the number of people living alone has grown. As of 2010 single-member households grew to 23.9 percent, up from 8.8 percent in 1980.