Lee Hi ready to take back the mic

Lee Hi ready to take back the mic 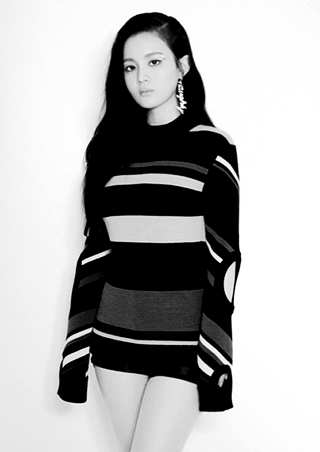 Being out of the spotlight for three years seems like an unlikely fate for a musician of a top management agency like YG Entertainment. But Lee Hi, who has finally returned after a long hiatus, said otherwise.

One of the hottest singers today, Lee emerged onto the music scene in 2011 via the TV audition program “K-Pop Star,” where young singer hopefuls face off against each other. After finishing the program in second place, Lee, who was 16 at the time, joined YG.

After releasing her first album in 2013, Lee took a three-year break before recently returning with her second album, “Seoulite.” Ironically, in a big organization like YG, which is home to a galaxy of stars, the opportunity to shine comes only with stellar quality and the right timing. It is not even rare to postpone releasing an album even when it is ready to go. These rules even apply to big-name stars like Big Bang and Psy.

Lee, a young high school student at the beginning of the TV competition, is now old enough to be a freshman in college. “But I still don’t regret joining YG,” said the singer, who seems to have matured in the last few years.

Q. What did you do during the past three years?

A. I thought about how I could sing better and what kind of songs would make me feel like I improved. That led me to study how to write songs. Fellow members of my company helped me in that regard. Everything I’ve done was mostly to just get through this period. Talks with mom helped me handle it.

Then did you find an answer?

The more I sing, the better I want to be at it. I assume this applies to every other profession. I would need to spend more time on it to figure it out. I still have a long way ahead of me.

Weren’t you anxious to come back?

Being off the stage as a newbie definitely made me anxious. Would I fall off the map? What should I do if people don’t listen to my music anymore? I’ve been dealing with these thoughts. But it was a meaningful time after all. The songs are doing better than I expected, too.

Well now that you are back, will we see you on any entertainment shows like “Law of the Jungle” as well?

Me in the jungle? There is no way I could picture myself on the program “Law of the Jungle.” I am the type of girl who would rather stay home. As funny as it may sound, I don’t even travel overseas because I’m worried about running into tsunamis in the summer. Jeju Island with my family was as far as I made it. We have lots of good places to visit in Korea.

How would you rate your album?

One hundred for Tablo and Tukutz’s producing, and 80 for my performance. I was going to give only 70 for myself, but for the sake of encouragement, 10 extra points.

You have only released half of your album. When are you disclosing the other half?

It is not scheduled yet. We were not sure which songs to include in the first album even. We included five songs each, but we are still working on rearranging them. Since it is such a difficult process, it may take some time to decide when.

The soundtrack of the drama “Descendants of the Sun” is blocking your way to reaching first on the music charts. Have you seen the drama yet?

Not yet. I will watch it after the competition is over. I have witnessed how a few of our staff members are totally obsessed with it.

Do you begrudge the drama soundtrack’s popularity?

No, I like where I am, with still the other half of the album left. After being gone for so long, the love coming my way is enough I’d say. I take pride that all five of my songs are being listened to, not just the title song.

This is my first time encountering you since I met you back when you were in high school. You have become so much more outgoing. Why?

Nah, I don’t think so, though I try to be in public. CEO Yang [Hyun-suk of YG Entertainment] likes me better with a smile, too. I hear that I look like a cold person, so I try to talk more and avoid any misunderstandings that my shyness could potentially cause between me and others.

So you have turned 18 and are now an adult. Any significant changes in your life?

Nothing in particular. I always imagined once I become that age that dramatic change would happen. It was significantly to a lesser degree. I often think about what would make something like that happen.

Have you decided whether to go to college?

I did apply and got accepted. But in the situation I am in, I want to concentrate on my current job. Once I have the drive for learning something, that would be the right time to shift my focus.

Then what about partying or anything of that nature?

It sounds very appealing. Getting a boyfriend and living the life of a career woman all sound fun. But I am actually the kind of girl who can’t say boo to a goose. With everything else I have going on and my boss holding me back from getting a boyfriend, I guess not for now at least.

When do you plan to meet a boyfriend?

Whenever my boss implies that it is OK for me to date? (laughs). When I asked him recently about it, he said, “Don’t even try.”

Your sister did not make the cut on “K-pop Star,” the same show that you dominated. Are you sad?

Very sad. I was among the audience jury, but I did not feel good about it. I was choked up. But she has passion and is still preparing to be a singer. Although she’s not in any major management agencies or anything, she performs and encounters fans.

Well, he is the CEO, but, in fact, he is a nice guy. He doesn’t always talk nicely, but I can see his warm heart. He is always the first one to monitor my performance and text me about it. It all speaks to his attention and interest.

Are you paying attention to your appearance more so than before?

Yes. During my recent break, I left my weight totally unchecked. I thought constantly being on a diet when I was active was stressful enough. Well, consequently, of course, I got a little chubbier. At the verge of the comeback, thankfully I was back in good shape. I appreciate those who have told me I got prettier.

Three years have passed. Do you regret joining YG in any way?

Once, I was disappointed to have such a long hiatus. But I still don’t regret joining YG. It was the best decision I could have ever made.

Regardless of how they do it, YG gets the most out of my talent. Being surrounded by the best staff members in the industry is a huge privilege. Like I always say, joining YG was my biggest turning point.