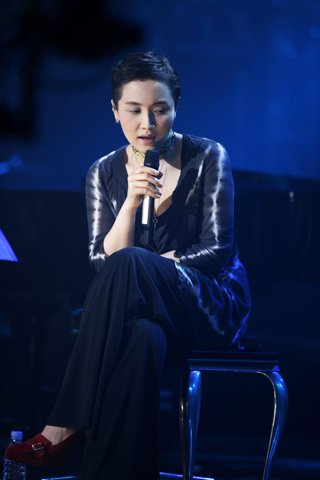 Lee will hold three concert series titled “The Sixth Spring” at Ewha Woman’s University’s Samsung Hall in May and June. Each concert series will take place over four to five days.

The concert will feature big-name musicians like composer Lee Seung-hwan on piano, Hong Jun-ho on guitar, Lee Sang-min on drums and Choi In-sung on bass.

The singer has reportedly contributed to many aspects of the concert production, including the concert poster, which has three circles and one star.

The director of the concert, Ham Yun-ho, said he “designed the stage with just enough flamboyant colors and lights to avoid distracting the audience from Lee’s delivery of songs and other musicians’ instruments.”

The upcoming series is happening four years after Lee’s last one, “The Fifth Spring.”