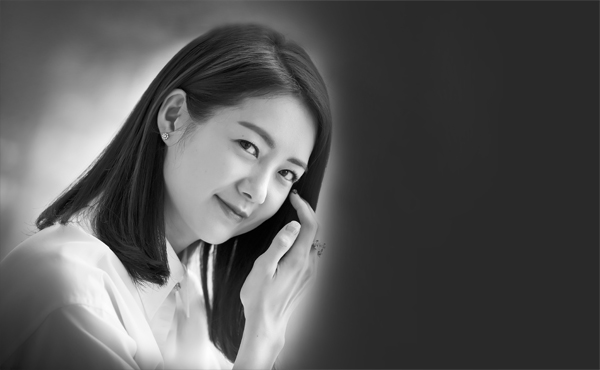 Actress Lee Yo-won will yell like she’s never yelled before in new JTBC drama “Ms. Temper and Nam Jung-gi.” She plays a successful career woman in the cosmetics industry who one day takes a job at a smaller company.

“As I read the script, I felt so liberated,” she said. “I started to wonder if any woman would go up to a male boss and really say what she wants to say, and I was even scared [my character] would really lose her job.”

The drama, which starts today, unfolds as Lee Yo-won’s character, Ok Da-jeong, moves to a smaller-sized company which supplies products to the company she worked for before. Simply speaking, she took a job in which she tries to sell products to larger companies, whereas she previously worked in a position in which she chose which products to buy from smaller companies.

“She seems like she doesn’t listen to anybody and does things as she wants,” Lee said in explaining the way her character speaks very directly, not changing her words depending on whether she’s talking to her boss or someone below her.

“She can speak up because she’s got talent,” she added. “You will know why the character I’m playing became that person with such a personality. She is definitely not someone who would yell at people at any moment.”
Although her job changes overnight, her attitude doesn’t change.

“Ok understands that there are many problems with those who have deciding power, but the bigger problem is that the clients also act in certain [submissive] ways to give the ones with deciding power the ability to act in certain [obnoxious] ways,” Lee said. “The submissive ones in the drama usually say, [even though it seems unjust] they have to live in this world.”

Ok’s counterpart in the drama is a man named Nam Jung-gi, who is very timid. Actor Yoon Sang-hyun plays the role of Nam, whose work life gets even more miserable after Ok becomes his boss. Lee, however, said it is “difficult” to work with Yoon on set.
“It’s so hard for me because Yoon is just too hilarious,” Lee said, adding that he is also mischievous.

She added that while she hasn’t done much comical acting, he does so many impromptu lines and moves in front her. That made Lee laugh a lot, making it difficult to finish the scenes.

“It would have been so gloomy if the drama were to depict the power game between companies truthfully, but this one actually has a lot of comical elements in it,” Lee said.

She said she also felt powerless many times when she just started to build her career as an actress in the entertainment industry.
“Of course I was new in the industry without any name value; I felt [difficulties],” she said.

“After having such experiences after I debuted when I was a senior in high school, I was really set on making it work.”