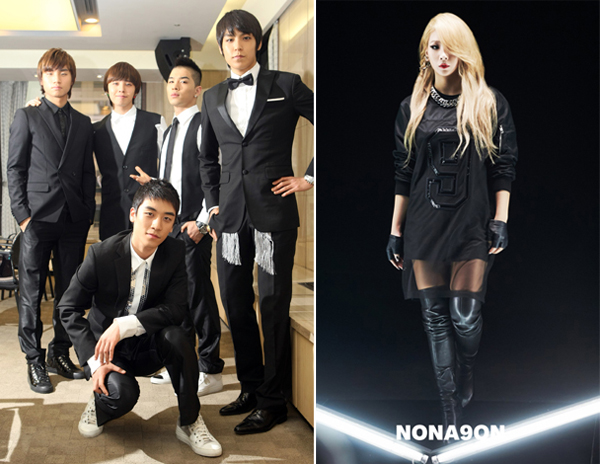 Big Bang and CL of the major entertainment agency YG Entertainment have been nominated for Time magazine’s list of this year’s 100 most influential people.

The K-pop artists are the only nominees this year of South Korean nationality. CL, of the girl group 2NE1, has now been nominated two years in a row.

The renowned American news magazine introduced Big Bang as “the biggest boy band in the world” with a “fervent fan base,” while describing the female star as a “front-row presence at fashion shows and solo artist in her own right thanks to songs like ‘Doctor Pepper’ and ‘Hello Bitches.’”

The list of 127 nominees comprises not only world leaders like U.S. President Barack Obama, Chinese President Xi Jinping and North Korean leader Kim Jong-un, but also leaders in industry, academics, sports and other areas, with people such as Adele, Stephen Curry and Bill Gates included.

The final “Time 100” list will be announced on April 21. Online voting will close on April 10.