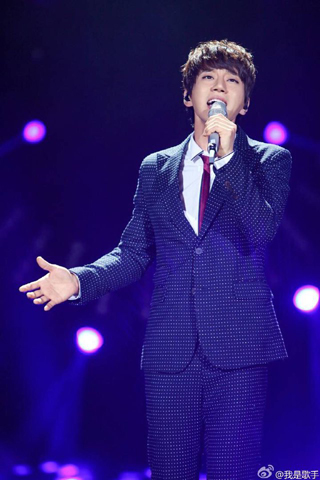 The star’s management agency announced on Friday his appointment by the Korean Cultural Center in Shanghai. The appointment letter was handed to Hwang on Thursday by the head of the cultural center in Changsha, China, where he is residing.

An affiliate organization of the Ministry of Culture, Sports and Tourism, the Korean Cultural Center in Shanghai was established in 2007 to streamline Korean cultural promotion across China.

Hwang, during his one-year tenure, will assist in cultivating a better relationship between the two countries and cultural exchanges.
The star has been a singer for a decade but stayed unrecognized until only recently, when he proved his singing prowess on the Mnet music program “I Can See Your Voice” last March.

His dominant performance put him on the path to stardom and led to his appearance on “I Am a Singer” in China, where he continued to showcase his singing skills and won first place on three out of 10 episodes.