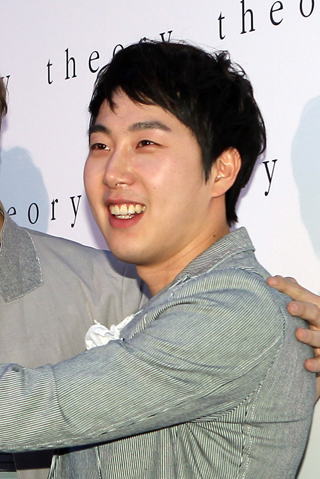 The latest album from Jang Beom-jun — singer-songwriter of the perennially popular “Cherry Blossom Ending” — has risen to the top of the music charts, which were previously dominated by the soundtrack songs from the hit drama “Descendants of the Sun.”

After the album, “Unplugged Highlight,” was released at midnight on Friday, the title song, “To The Rain,” immediately soared to first place on many music charts, including Mnet.com, Olleh Music and more. “Fall in Love (Only With You)” placed first on MelOn, Bugs and Naver Music.

“This will be my last album in my 20s,” the 26-year-old singer said. “I wrote the songs thinking about the questions people in their 20s frequently ask themselves, like ‘Does the first love last forever?’ and ‘Who will I eventually end up with?’”

The star singer is soon setting off on a national tour, starting with four concerts at Blue Square Samsung Card Hall in Yongsan District, central Seoul, next month.