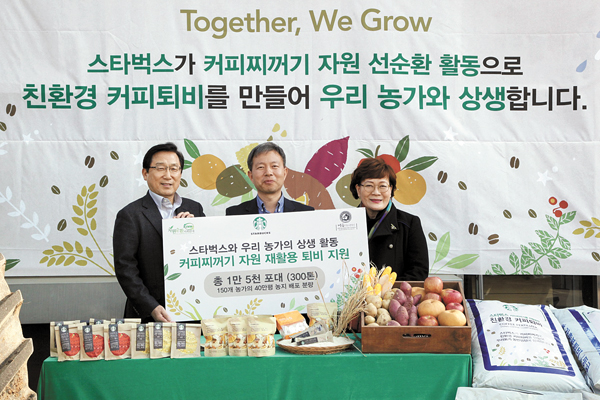 Starbucks Korea and environmental organizations will run a recycling campaign to provide used coffee grounds to local farms to be used as compost. Representatives of the project met at MIDM Agricultural Union Corporation’s office in Pyeongtaek, Gyeonggi, and announced the plan on Friday. From left: Lee Seok-koo, chief executive of Starbucks Korea; Chun Dae-kyung, head of MIDM; and Kim Mi-hwa, head of the Korea Zero Waste Movement Network. [STARBUCKS KOREA]