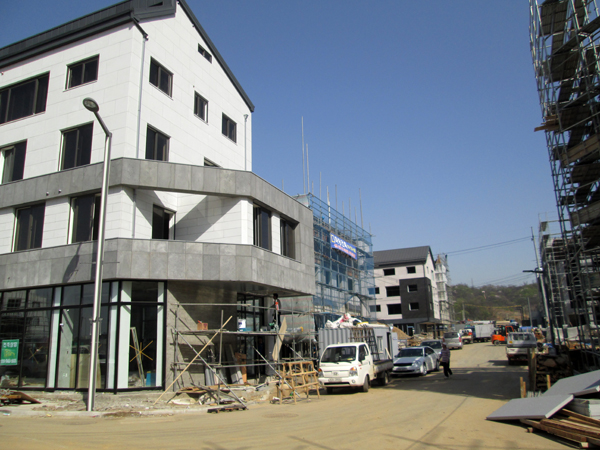 Not only can the owner build a house of their preferred design, but they can also look forward to renting out the property for a steady income.

The popularity of the build-your-own process has grown to the point where some land is being traded at a premium as anxious buyers bid for prime lots.

Competition for 12 properties that were offered by the Gyeonggi Urban Innovation Corporation in Yeokbuk-dong in Yongin, Gyeonggi, averaged 603.4 to 1. Last year, the presale on land for low-rise building units at Wirye New Town in southeastern Seoul was going for 900 million won ($770,000) to as much as 1.8 billion won. This did not include the premium between 700 million won and 1 billion won. 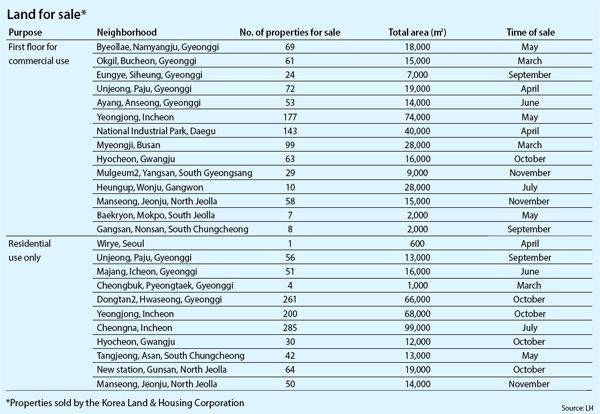 “Many middle-aged or older people facing retirement showed huge interest, as not only can they solve their own residential situation, but they can also secure income from renting out the other rooms,” said Lee Nam-soo, head of the real estate team at Shinhan Investment.

The Korea Land and Housing Corporation last week said it was planning to sell 2,931 property lots for low-rise housing. In the greater Seoul area, much of the land was located in Cheongna District in Incheon, Byeollae in Namyangju and Okgil in Bucheon.

In the rest of the country, the land offered by the state-run company is located mostly in Hyocheon District in Gwangju, Tangjeong District in Asan, South Chungcheong, and Myeongji-dong in Busan.

There are only two types of land that ordinary buyers can apply to purchase. One is for residential purposes, and the other allows the first floor to be used for commercial use. The store has to be 40 percent or smaller than the building’s gross floor area.

In both cases, the number of floors that they can build has to follow the local government’s regulations. However, in general for residential purposes, only a building that is no higher than three stories is permitted, and if a commercial store is on the first floor, a building no higher than four stories is allowed.

Normally, when the local government restricts the building to four stories and allows only five apartment units to be built in the building, the landowner will rent the first floor for commercial use, and the second and third floors will have two two-room apartment units on each floor. There is only one apartment unit on the top floor with three rooms, which the owner’s family would live in, while renting out the remaining apartments.

Buildings that allow commercial use on the ground floor are most popular. However, the land is 20 to 30 percent more expensive.

“Low-rise housing units tend to be less popular among those seeking jeonse [lump-sum deposit rent] and even among some tenants living on monthly rent,” said Park Won-gap, senior analyst at KB Kookmin Bank’s real estate department. “Therefore, once the jeonse shortage crisis stabilizes, landowners may not be able to secure the monthly rent income that they expect.”