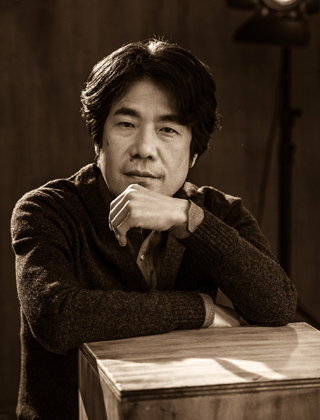 Famed actor Oh Dal-su’s popularity surpasses any other celebrity on the small or big screens these days.

He was probably the most commonly seen actor last year since he appeared in both “Veteran” and “Assassination,” two of the most-watched films of 2015. Industry insiders joke that he has appeared before more than 100 million viewers so far, calculating the countless number of films he has starred in over the years. That is more than twice the population of Korea.

But, surprisingly, Oh hasn’t played the lead role in a single film.

There were times when his quirky sidekick roles were the best part of a movie, but his job was always helping the main character shine more.

Korean movie fans have been wondering for a long time about when Oh would take center stage, and the time has finally come.

In the soon-to-be-released film “The Great Actor,” Oh takes the title role as the “great actor,” a character named Jang Sung-pil.

The film’s main plot is definitely a tragedy, depicting Jang going back and forth between realizing his passion and taking care of his family.

However, with the screenplay in the hands of Oh, it’s hard to expect the piece to be a total downer. Oh’s specialty is effortlessly making any ordinary scene into something funny.

“I never participate in a film thinking that I have to make the audience laugh,” the 48-year-old said in a recent interview with the JoongAng Ilbo.

“I tend to move at a slower tempo, and that seems to make people laugh, seeing me responding belatedly.”

Looking back, Oh’s hilarious performances derived from being serious. In any situation, whether urgent, embarrassing or deadly, Oh’s characters always maintained a serious attitude.

Oh says his real personality is not too far from that, either. Because of his introspective personality, he always makes sure he doesn’t sign a film contract requiring him to appear on variety or talk shows to promote the film.

“I may look comfortable on the big screen, but my acting is pure acting,” he said. “It is not something natural.”

Throughout the interview, Oh started off many of his answers by saying, “It may sound like I am reading from a textbook.” And although it may sound like a cliche, that was exactly how the veteran actor approached and analyzed his acting skills.

“I ask myself about 300 questions about the character,” he said.

“Acting is pure science. You know, AlphaGo prepares for 500 possible moves from the adversary. It is similar with analyzing a character. I think about every aspect of my character, from which color he likes, what kind of life he has lived and what blood type he has.”

Analyzing a person’s character applies to his real life as well.

Actor Kim Myung-min, who worked with Oh on the “Detective K” series, described him as “lovable wife,” while Hwang Jung-min, who starred in “Veteran,” called him a “reliable father.”

“Kim and Hwang were born different,” Oh explained of their differing descriptions.

“Myung-min is a very friendly and mild person, while Jung-min is like a wild horse roaming about the set. I have no choice but to react differently. After all, my sidekick character’s job is to support the lead actors. It may sound I am reading off a textbook, but it is true that you have to make another shine in order for you to shine as well.”

When finally asked about his first impression of the screenplay for “The Great Actor,” he said he was “extremely surprised” to see the director’s keen insight into the theater world.

It’s common knowledge that Oh debuted as a stage actor while working part-time handing out pamphlets for plays. He even established a theater company in 2000 to make a gathering place for his colleagues.

“Before I became a film actor, I was obsessed with plays,” Oh said.

“I wasn’t even that good at acting, using a strong dialect and having a hard time memorizing lines,” he said. “But strangely, I always felt a great responsibility to the audience when going up on stage. I wasn’t greatly appreciated, but taking to the stage meant so much to me.”

That is probably why it took him a bit longer to break into film.

“I used to think the stage was for stage actors and film was for film actors, although that thought has changed a bit now.”

“Being an actor is getting rid of yourself. After every movie, you have to let go of that person, and it feels really empty in the end,” he said seriously.

“But I am okay because I have makgeolli [rice wine]. My hobby is to train my body more so I can enjoy drinking for a long, long time.”