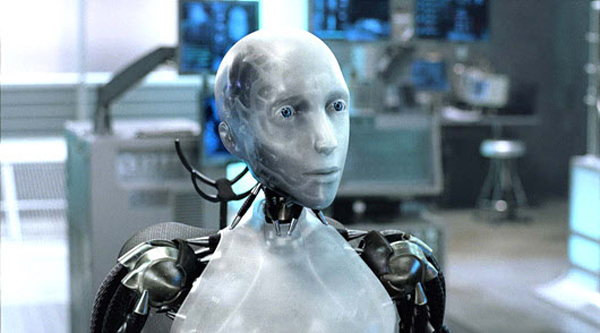 Artificial intelligence has become the buzzword ever since Google DeepMind’s algorithm AlphaGo crushed the Go world champion Lee Se-dol in a battle between man and machine that now is considered to have served as a tipping point for the fourth industrial revolution.
The latest research forecasts that AI could replace a considerable amount of human work from 2020. The World Economic Forum in Davos, Switzerland, at the beginning of this year also raised similar harbinger. The science fiction-like future could arrive sooner than expected. What we fear more than machines stealing our jobs is the colder world we may one day find ourselves in.

Words like “shirking” and “free-riding” often come up in business management classes. The head count in the workplace is assessed based on output. Work is paid according to performance. Money is the primary concern and criteria. Workers are trained as troops for a corporate money war. Gone are the days when the workplace felt like a second family. Anyone resisting the so-called voluntary early retirement — which is tantamount to a redundancy notice — suddenly finds his or her desk moved to the corner facing the wall.
A motivated working environment has become a nostalgic concept. The workplace is turning more and more inhuman.

Employees are no different. An official supervising the labor force at local branches of the Ministry of Employment and Labor often runs into awkward situations due to troubles involved with work ethics. The Seoul district of the ministry recently received a petition by an individual claiming that he left his company without being paid severance pay, which is outlawed.

A district labor office probe was startled to discover the real story. The individual was hired by a small company a few years back. He asked the employer to include the share of severance pay in his monthly pay to help him to pay off debt. The company accepted the request. The individual also admitted that he requested such a term. The individual recently had a major fallout with one of his colleagues and did not show up for work. He could not be reached by anyone. Then he suddenly made the petition to the labor ministry. By law, the individual should be paid the severance pay even though he has already pocketed his monthly share, because the law disallows installment in severance pay.

Then, is the law on the side of ethics? Minister of Employment and Labor Lee Ki-kweon won’t agree. When he was president of Korea University of Technology and Education, he handed out winter jackets to staff as a gift. He asked for the jackets to be distributed to the cleaning ladies as well. His staff strongly objected citing the law on agency workers. They claimed that granting the same benefits of permanent staff to agency workers could turn the legal status of the cleaning ladies into a regular employee. By local law, an agency worker could be considered a member of the permanent workforce through a mere jacket. Due to the rigidity of local law, a company must draw a strict line between permanent and non-permanent workforce. The law does not allow flexibility and mobility in the labor field.
In the future automated world, machines will replace human labor. Philip Yeo, a pioneer in innovations now leading biomedicine research in Singapore, said it felt as if human talent was being snatched away by computers. But robotics can never replace teachers, designers, and artists. What makes a human is human nature.

Morality could be the strongest means to reform the labor sector. If ethics are revived, employers won’t have to resort to extreme ways or abuse the law to tame employees. Many studies show the feeling of self-fulfillment can help raise productivity more than financial incentives. The theories on productivity and economics need to be amended to promote workers competitiveness in the age of AI and automation. In theory, machines would have to be rewarded for their performance. The value of humans would be upheld only when human nature is respected and appreciated.