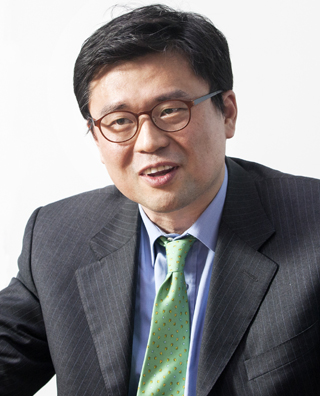 Expectations are high that the Korea-China Free Trade Agreement (FTA) will be good for exports and also bring in more foreign direct investment.

China is usually perceived as an investment destination for Korea, but the newly appointed head of Invest Korea, Kim Yong-kook, says it’s time to see it “the other way around.”

“More and more Chinese companies are seeking to leverage Korea as a springboard to enter overseas markets,” Kim said at an interview with the Korea JoongAng Daily at the Korea Trade-Investment Promotion Agency (Kotra) headquarters in Yangjae-dong, southern Seoul, on March 10. “The big factor behind that phenomenon is the Korea-China FTA, which has now entered into force.”

Invest Korea is an agency under Kotra that supports foreign investment in Korea.

Kim, whose career has been in the financial sector working at Samsung Securities and Standard Chartered Securities Korea, took over the organization on Feb. 11.

In fact, inbound FDI was one of few trade indices that performed well last year, as exports steadily declined and imports fell even faster due to the weakening won and bottoming out oil prices.

Kim expects China to account for growth this year, in addition to the top three investors to Korea: the United States, Japan and Europe.

Q. Considering your career at brokerage firms in Korea and abroad, what is the most important factor when a country decides to invest overseas?

A. The market conditions and growth potential of a country. As with all businesses, the most important factor in making an investment is the prospect of making profits. In addition, investors are now looking at a country’s domestic market and its global networks as significant factors.

Is Korea an attractive market in that respect?

In terms of profitability, Korea’s domestic market is not as big as China or India, but it is not a small market. Korea’s income level and consumption patterns are similar to those of other advanced countries, so a lot of foreign companies that come to Korea actually use us a test bed for their products to enter the Asian market.

Another factor is that Korea boasts a world-class free trade agreement network. A total of 52 countries have signed FTAs with Korea, and many investors I meet mentioned this FTA network and recognize its benefits. Korea is one of very few countries that has free trade pacts with the world’s three major economies - the United States, European Union and, most recently China. I think that is a unique situation globally.

What do you mean by unique?

Not many countries have China as an FTA partner. Korea can become a hub. For instance, a European company that hopes to enter the Chinese market but is hesitant to do so because of China’s weak intellectual property protection can find a solution in the Korean market. Chinese companies can do the same: if they build factories in Korea, they can enjoy tariff incentives when exporting their products to the U.S. and EU.

What are the key countries to attract FDI from?

We should pay attention to the Chinese market.

Chinese investment has gone beyond real estate and expanded into various industries like finance, distribution, manufacturing and cultural content [like movies, drama series, cartoons and games].

What sectors are Chinese investors focusing on?

Chinese investors are showing growing interest in such areas as cultural content, health care, high-end consumer goods and food products. In my opinion, Korea will see a variety of new business models being created in which goods are exported to China after being manufactured in Korea.

Services and the finance sector are two industries that we want to see more foreigners come in and create more jobs. So far, most of the direct investment has come from either the United States or Hong Kong in these areas.

From now on, I think China will also play a bigger role in the Korean finance scene, like the case of Chinese Yuanta Securities, which entered Korea by acquiring Tongyang Securities. Buying a stake in an existing entity is the easiest way for both market entrance and localization.

What are some of the plans you have to foster investment from China and other countries?

This year, Invest Korea is going ahead with strategic business projects catered to each region.

In China, we will strengthen our efforts to attract investments in the consumer goods manufacturing industry, including food and cosmetics, by leveraging the Korea-China FTA.

In Europe, we are planning to promote investment mainly for R&D centers of new energy companies. As for Japan, we will encourage small yet strong Japanese companies with state-of-the-art technologies to invest in the Korean market more actively and reverse the trend of declining investments from Japan.

Some analysts are concerned that FDI transactions may result in China becoming a stronger competitor or lead to technology leaks.

Yes, there are still concerns regarding Chinese investment. I think such concerns are little overblown. We are at the initial stage. We will make every effort to attract diverse Chinese companies so overcrowding does not happen.

With the technology leaks, I haven’t been aware of [such cases]. We continue to see isolated incidents, but I don’t think there is a spillover effect. We as Koreans must support start-ups well and screen them to make sure they get proper investment.