‘Legends of the Fall’ author dies at age 78

‘Legends of the Fall’ author dies at age 78 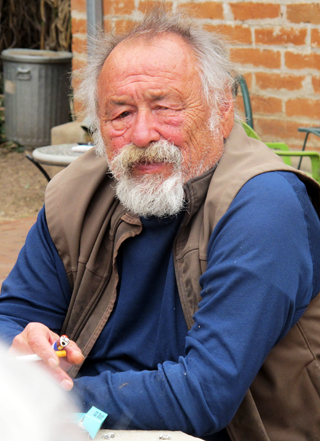 NEW YORK - Jim Harrison, the fiction writer, poet, outdoorsman and reveler who wrote with gruff affection for the country’s landscape and rural life and enjoyed mainstream success in middle age with his historical saga “Legends of the Fall,” has died at age 78.

Spokeswoman Deb Seager of Grove Atlantic, Harrison’s publisher, told The Associated Press that Harrison died Saturday at his home in Patagonia, Arizona. Seager did not know the cause of death. Harrison’s wife of more than 50 years, Linda King Harrison, died last fall.

The versatile and prolific author completed more than 30 books, most recently the novella collection “The Ancient Minstrel,” and was admired worldwide. Sometimes likened to Ernest Hemingway for the range and kinds of his interests, he was a hunter and fisherman who savored his time in a cabin near his Michigan hometown, a drinker and Hollywood scriptwriter who was close friends with Jack Nicholson and came to know Sean Connery among others. He was a sports writer and a man of extraordinary appetite who once polished off a 37-course lunch, a traveler and teller of tales, most famously “Legends of the Fall.”

Published in 1979, “Legends of the Fall” was a collection of three novellas that featured the title story about Montana rancher Col. William Ludlow and his three sons of sharply contrasting personalities and values, the narrative extending from before World War I to the mid-20th century, from San Francisco to Singapore. The book was a best-seller, and Harrison worked on the script for an Oscar-nominated 1994 film of the same name starring Brad Pitt, Anthony Hopkins and Aidan Quinn.