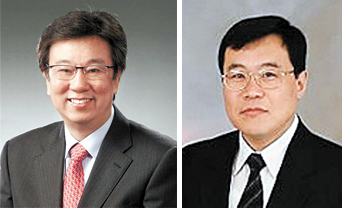 The Bank of Korea (BOK) unveiled the four nominees for its monetary policy committee on Monday as the term of its four existing board members’ expires on April 20.

The nominees are Cho Dong-chul, an international policy professor at the Korea Development Institute (KDI)’s masters program and senior economist at the KDI; Lee Il-houng, head of Korea Institute for International Economic Policy; Koh Seung-beom, a senior member of the Financial Services Commission; and Shin In-seok, head of the Korea Capital Market Institute.

Cho was nominated by the Deputy Prime Minister and Finance Minister Yoo Il-ho. Cho studied economics at Seoul National University for both the bachelors and masters program, and gained his doctorate at the University of Wisconsin.

He started his career as a professor at Texas A&M University and then became a bureaucrat at the Ministry of Strategy and Finance.

Lee was recommended by BOK Gov. Lee Ju-yeol, for his experience working at the International Monetary Fund for more than 20 years. He also taught at universities in the UK, Vietnam and China. 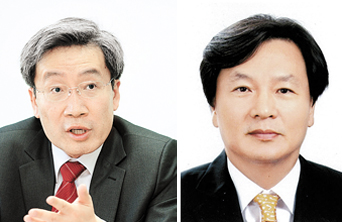 Koh Seung-beom, current senior member of the Financial Services Commission, the financial regulator, has been recommended by the FSC Chairman Yim Jong-yong. He spent his career at the Finance Ministry and the FSC after studying at Seoul National University.

Shin In-seok, head of the Korea Capital Market Institute and a business administration professor at ChungAng University, was nominated by the Korea Chamber of Commerce & Industry Chairman Park Yong-maan, for his expertise in the capital market. Shin also served as a member of market oversight committee at the Korea Exchange since 2012 for three years.

The appointment is crucial in determining Korea’s monetary policy, as outside members account for more than half of the committee.

The BOK’s monetary policy committee consists of seven members, two of whom are standing members - the BOK Governor and Deputy Governor - and five are outside members who are economists recommended from the public and private sectors.

Only one outside member remains, and four existing members, Ha Sung-keun, Chung Hae-bang, Chung Soon-won and Moon Woo-sik are outgoing.