Jong-un, wife, sister out on town

Jong-un, wife, sister out on town 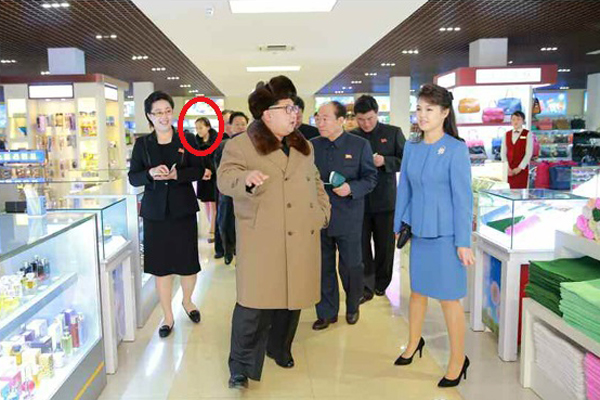 North Korean leader Kim Jong-un visited a newly built commercial center and health complex, its state-run media reported Monday, a move widely seen to appease his people ahead of the Congress of the Workers’ Party of Korea, which will be held in May for the first time in 36 years.

Kim’s visit to Mirae Shop and a health complex in Pyongyang equipped with dining halls, a wading pool, a barbershop and a beauty salon was the leader’s first display of a charm offensive, aimed at ordinary North Koreans, since early this year when the North carried out nuclear and long-range missile tests.

“The people would be very glad to see the operation of the Mirae Shop and health complex,” the North’s state news agency, Korean Central News Agency (KCNA), reported. It added that Kim “expressed belief that their officials and employees would provide visitors with excellent service as faithful servants to the people.”

KCNA also reported that he was accompanied by his wife, Ri Sol-ju, his sister, Kim Yo-jung, and key officials, including Choe Ryong-hae, Workers’ Party secretariat, and Chon Il-chun, deputy director of the party.

In recent weeks, Kim appeared on state media almost daily, stepping up his bellicose rhetoric against the South and the United States, which have been carrying out the largest-ever military exercises since early March. He made comments at military factories and missile launch sites, showing off the North’s nuclear and ballistic missile capabilities. His visit to beauty and commercial shops with his wife and sister is therefore seen by some as an attempt to inspire patriotism ahead of the 33-year-old’s first congress.

The 7th Congress of the Workers’ Party, scheduled in May, will draw attention from the international community as this rare meeting will demonstrate what, if any, real changes the Kim regime is likely to make.