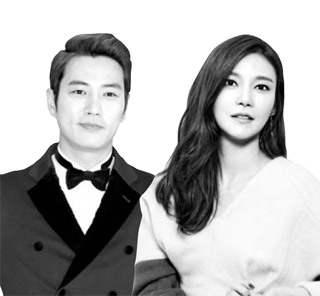 Actor Joo Sang-wook and actress Cha Ye-ryun have admitted that they are in a romantic relationship, which reportedly developed during a recent drama shoot.

Joo’s management agency on Monday revealed the relationship through a press release, saying, “Joo and Cha got along during the drama shooting, and eventually the relationship developed into a romantic one by the time the drama ended.”

Cha’s agency also validated the actress’ relationship with the actor by saying, “With the drama having ended only recently, the actress is very careful in talking about the relationship.”

Reportedly, the two spent time together during the drama shoot and went on to play golf on Sunday after the drama, “Glamorous Temptation,” was officially over.

The two played a tragic couple on the 50-episode MBC drama series, which ended last Tuesday.