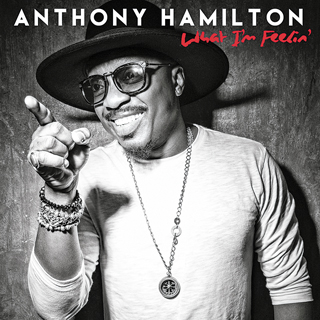 
Soul singer Anthony Hamilton returns to some of his roots on his new studio album.

The Grammy-winning singer reunited with longtime producer Mark Batson, who co-wrote and produced his breakout songs “Comin’ from Where I’m From’’ and “Charlene.’’ Both picked up where they left off, working perfectly together on well-crafted tracks from the upbeat “Save Me’’ to the smooth “Never Letting Go.’’

Hamilton’s distinctive Southern vocals are strong throughout his 12-track offering. He candidly sings about his appreciation of loving his mate, his relationship mishaps and spiritual growth.

On the piano-driven “Walk in My Shoes,’’ Hamilton asks the listener to understand his perspective. He sings about nearly losing his mind after a regretful series of tribulations, from being arrested to parting ways with his wife last year (Hamilton was married for 10 years).

On the Salaam Remi-produced “Amen,’’ Hamilton rejoices about making love, cooking and going to church with his lover. He also teams up with his backup group, the Hamiltones, on the throwback-sounding title track.AP