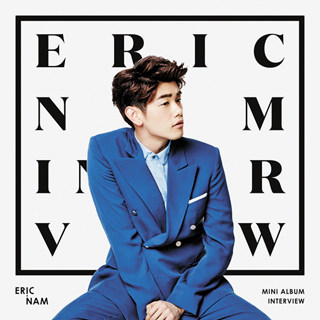 Eric Nam has released a new mini-album three years after his debut mini-album, “Cloud 9.” Through his new album, “Interview,” Nam wants to tell about himself by becoming an interviewee.

The singer is well-known for his interviews of celebrities such as Jamie Foxx, Chloe Moretz and Barbara Palvin among others. Now it is his turn to narrate his own story through music.

His title song, “Good For You,” along with “Stop the Rain” and the international version of the title song were all written and produced by Nam. His lyrics try to comfort people who hold onto their pain and cannot let it go. The lyrics of “Stop the Rain,” such as “fly high” and “breathe again,” encourage listeners.

The med-tempo song “Good For You” also provides similar messages of “I’ll be with you” and “don’t worry.” It can be sensed as boring and too conventional, following the current trend of delivering hope. However, Nam comments that this song will relieve your burden as much as it has appeased his worries.