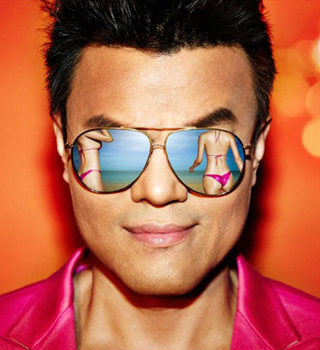 Park Jin-young, head of the major entertainment agency JYP Entertainment, is once again stepping out from behind the scenes.

Park is reportedly currently finishing up the final touches on his new song, which he plans to release in early April.

The singer and businessman swept music charts with the upbeat song “Who’s Your Mama” last year. Park has also released many songs in collaboration with younger singers, which led him to win the Musician of the Year Award at the 2015 Korean Music Awards.

In fact, many musicians from JYP Entertainment like GOT7 and DAY6 have been seeing their careers soar thanks to Park’s production.

Since his debut in the early 1990s, the singer precipitated much controversy with his then-unconventional choreography, lyrics and fashion statement. As a producer, Park has produced big-name stars like g.o.d, Rain and Wonder Girls.

The 44-year-old musical guru is currently appearing as a panel judge on the SBS audition program “K-pop Star 5.”