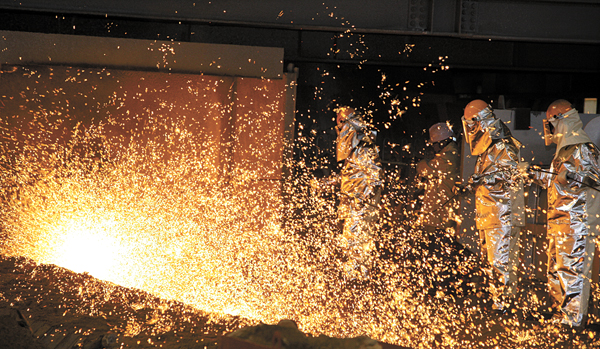 At the 2016 Investors Forum held in January, Posco announced that it recorded 58.192 trillion won ($50.627 billion) in sales revenue and 2.41 trillion won in operating profit in 2015. While these numbers are lower than those of the previous year due to poor domestic and international market conditions, Posco did reach a record sales volume of 35.34 million tons.

Posco has also exceeded its goals for subsidiary restructuring since announcing “Innovation POSCO 2.0,” a set of reform measures, last July.

While it had originally planned to restructure 19 subsidiaries, it has so far sold 34, including POS-HIMetal, PONUTech and NewAltec. These measures, along with 11 asset-restructuring deals including the sale of its 38 percent stake in Posco Engineering & Construction (Posco E&C), have given the company 8.7 trillion won in cash.

Posco is currently negotiating 10 deals on the export of FINEX, an iron-making technology that it developed and commercialized in 2007.

Lithium extraction is another area in which the company has lucrative technology.

This February, Posco began construction on a lithium plant in Salta, Argentina. Once complete, the facility will produce 2,500 tons of high-purity lithium a year.

Having invested heavily in research and development for the past two decades, Posco now has 100 proprietary technologies, more than any of its competitors in the steelmaking industry.

Posco expects technology sales to bring in more than royalties and operating income. Sales are also expected to generate business among its subsidiaries, with CEM facility construction requiring the combined efforts of Posco E&C and Posco ICT.