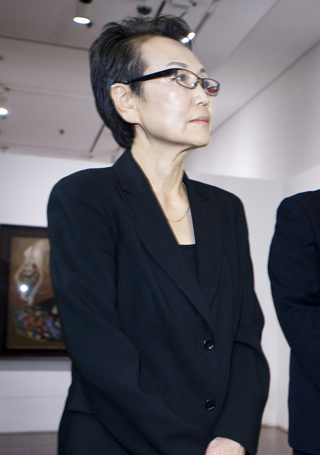 Kim Jeong-hee, the daughter of artist Chun Kyung-ja (1924-2015), is suing the National Museum of Modern and Contemporary Art. [JOONGANG ILBO]

Lately, the Korean arts scene is buzzing about ongoing lawsuits.

The daughter of artist Chun Kyung-ja (1924-2015), of the controversial painting “Beautiful Woman,” is suing the National Museum of Modern and Contemporary Art and some related officials, while maestro Chung Myung-whun, the Seoul Philharmonic Orchestra’s former artistic director, is suing the orchestra’s former president for defamation.

The legal representative of Kim Jeong-hee, the painter Chun’s second-oldest daughter, said Chun’s family decided to sue the museum and officials because they allegedly forged the documents submitted in response to a request from a member of the National Assembly for information on the authenticity of the painting.

The painting is part of the collection in the National Museum of Modern and Contemporary Art. In 1991, the artist insisted the painting was not hers but a forgery, but the museum rejected the claim. After the artist’s death last year, her family requested a reappraisal of the painting, reigniting speculation over its authenticity.

“The museum has made contents that have already been discovered as fake look as if they are confirmed as authentic and prevented the real truth from coming to light in the National Assembly,” said the family’s attorney, Bae Geum-ja. Kim also sent a letter Monday to the head of the museum, asking the museum to “reveal the truth as it is.” 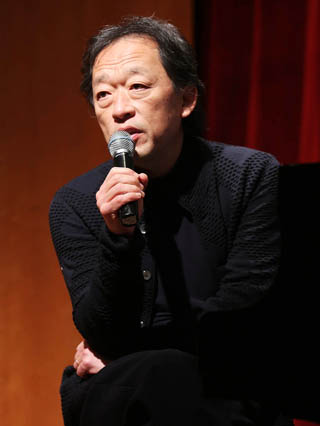 In the report the museum submitted to Rep. Kim Tae-nyeon in November, officials surnamed Yu and Park who were working for the museum in 1991 were said to have visited the artist and heard her fabrication claim. Furthermore, the report said the artist’s claim was based on a misunderstanding. However, in an interview with the JoongAng Ilbo, Park denied ever visiting the artist regarding “Beautiful Woman” nor hearing anything about it or being contacted about the museum’s report.

Meanwhile, maestro Chung sued Park Hyun-jung, the former president of the Seoul Philharmonic Orchestra, for defamation on Wednesday and is even considering asking for financial compensation. This move came about a month after Park sued Chung for the same thing. She also requested financial compensation for any damages she suffered.

The latest move by Chung came after a police investigation cleared Park of verbal and sexual harassment charges. She then sued Chung, alleging that the rumors of her sexually harassing members of the orchestra came from Chung.

Chung, who worked with the orchestra for 10 years, decided to leave his position in December. The city-run orchestra is still looking for a replacement.