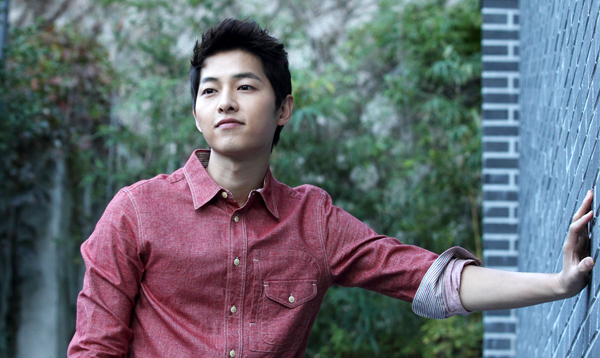 Song Joong-ki, an actor currently starring in the hot drama “Descendants of the Sun,” has become an ambassador for Korean tourism.

The Ministry of Culture, Sports and Tourism announced the appointment on Friday along with a promotion plan in collaboration with the star.

“We expect the materials featuring Song will draw attention and ultimately contribute in vitalizing the tourism market of the country in a major way,” the ministry said. “The ministry will feature Song as a face of the international promotion campaign and conduct market activities in countries including China, Japan and those in the Southeast Asia region.”

The promotional materials will be disseminated in print and on television. According to the ministry, the promotional video shooting will take place in Taebaek, Gangwon, which is known as the main shooting site of the drama.

The actor and his female counterpart, Song Hye-kyo, have been the driving force of the drama’s global popularity. According to the drama’s promoter, “Descendants of the Sun” is being distributed in 27 different countries, including China, Japan, the United Kingdom, France, Russia, the United States and others.