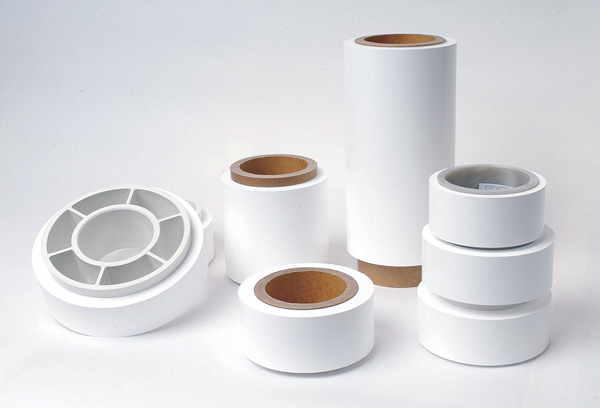 The lithium-ion battery separator manufactured by SK Innovation. The separator, which is placed between negative and positive electrodes to prevent electric contact between the positive and negative ions, comes in the form of a thin film. [SK INNOVATION]

The top players in the lithium-ion battery separator market have settled their legal disputes related to contentious patent issues.

“We have reached an agreement with No. 1 player Asahi Kasei [formerly Celgard] to settle patent litigation regarding the separator,” said a spokesman from SK Innovation on Thursday. “Since the lawsuits have concluded, we can now concentrate solely on technology development free from legal burden.”

The two companies have agreed not to disclose the detailed terms of their agreement.

The separator refers to membranes placed between negative and positive electrodes in batteries to prevent electric contact between the two, which may result in explosion or ignition. The membrane takes the form of a thin high-polymer film, only three to four micrometers thick, but it plays a key role in enhancing the stability of the batteries for electric vehicles, laptops and smartphones.

The current leader in the global separator market is Asahi Kasei, a Japanese company with 310 million square meters (76,000 acres) of production capability per year, followed by Korea’s SK Innovation, at 150 million square meters. The two are closely chased by Toray, a Japan-based chemicals company.

SK Innovation was the third in the world to develop its own battery separator in 2004 and began mass production in December 2005. Accumulated separator sales total 1 trillion won ($870 million) thus far. Boosted by rapid market growth in the electric vehicle sector, the separator business is due to expand at an increasingly faster pace.

The legal dispute first began when Celgard, then the No. 1 manufacturer of dry-type separators, started filing lawsuits from 2013 against SK Innovation and the Japanese Sumitomo Electric Industries in the U.S. District Court for the Western District of North Carolina alleging that they were using Celgard’s patented technologies.

Industry insiders saw the move as a protective measure against budding competitors.

Around 10 lawsuits were filed simultaneously in Japan and Korea, with Celgard alleging patent infringement and claiming compensation for damages. Celgard also sued LG Chem, though the case didn’t gain much traction because it used supplied separators rather than self-manufactured ones.

The situation took a turn last year when Celgard was acquired by Asahi Kasei and a U.S. court ruled in SK Innovation’s favor, saying Celgard hadn’t come up with enough evidence to prove damages.

This was not the first time SK Innovation has fought legal battles with competitors regarding separator technology. When it completed its production line in 2005 for separators and began seeing success in the business, Toray (formerly Tonen) filed a patent suit in the Seoul Central District Court in 2006. After a three-year battle, SK Innovation won the case in May 2009.

“Four out of 10 laptops and smartphones use lithium-ion battery cells with separators manufactured from our company,” an SK Innovation spokesman said. “With our technology to develop ceramic-coated separators, we aim to become the top supplier in the global market by 2020.”