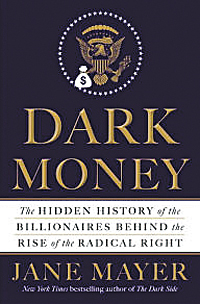 Dark Money: The Hidden History of the Billionaires Behind the Rise of the Radical Right

Why is America living in an age of profound economic inequality? Why, despite the desperate need to address climate change, have even modest environmental efforts been defeated again and again? Why have protections for employees been decimated? Why do hedge-fund billionaires pay a far lower tax rate than middle-class workers?

The conventional answer is that a popular uprising against “big government” led to the ascendancy of a broad-based conservative movement. But as Jane Mayer shows in this powerful, meticulously reported history, a network of exceedingly wealthy people with extreme libertarian views bankrolled a systematic, step-by-step plan to fundamentally alter the American political system.

The chief figures in the network are Charles and David Koch, whose father made his fortune in part by building oil refineries in Stalin’s Russia and Hitler’s Germany. The patriarch later was a founding member of the John Birch Society, whose politics were so radical it believed Dwight Eisenhower was a communist. The brothers were schooled in a political philosophy that asserted the only role of government is to provide security and to enforce property rights.

Mayer spent five years conducting hundreds of interviews-including with several sources within the network-and scoured public records, private papers, and court proceedings in reporting this book. In a taut and utterly convincing narrative, she traces the byzantine trail of the billions of dollars spent by the network and provides vivid portraits of the colorful figures behind the new American oligarchy.

“Dark Money” is a book that must be read by anyone who cares about the future of American democracy. 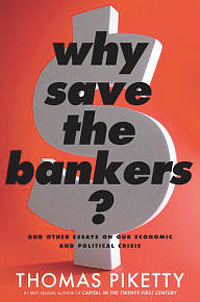 Why Save the Bankers?: And Other Essays on Our Economic and Political Crisis

Thomas Piketty’s work has proved that unfettered markets lead to increasing inequality. Without meaningful regulation, capitalist economies will concentrate wealth in an ever smaller number of hands. Armed with this knowledge, democratic societies face a defining challenge: fending off a new aristocracy.

For years, Piketty has wrestled with this problem in his monthly newspaper column, which pierces the surface of current events to reveal the economic forces underneath. “Why Save the Bankers?” brings together selected columns, now translated and annotated, from the period book-ended by the September 2008 collapse of Lehman Brothers and the Paris attacks of November 2015. In between, writing from the vantage point of his native France, Piketty brilliantly decodes the European sovereign debt crisis, an urgent struggle against the tyranny of markets that bears lessons for the world at large. And along the way, he weighs in on oligarchy in the United States, wonders whether debts actually need to be paid back, and discovers surprising lessons about inequality by examining the career of Steve Jobs.

Coursing with insight and flashes of wit, these brief essays offer a view of recent history through the eyes of one of the most influential economic thinkers of our time. 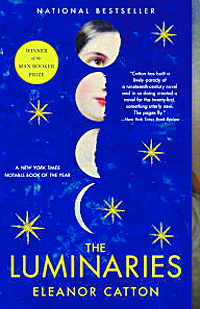 It is 1866, and Walter Moody has come to stake his claim in New Zealand’s booming gold rush. On the stormy night of his arrival, he stumbles across a tense gathering of 12 local men who have met in secret to discuss a series of unexplained events: a wealthy man has vanished, a prostitute has tried to end her life, and an enormous cache of gold has been discovered in the home of a luckless drunk. Moody is soon drawn into a network of fates and fortunes that is as complex and exquisitely ornate as the night sky.

Richly evoking a mid-19th-century world of shipping, banking, and gold rush boom and bust, “The Luminaries” is at once a fiendishly clever ghost story, a gripping page-turner, and a thrilling novelistic achievement. It richly confirms that Eleanor Catton is one of the brightest stars in the international literary firmament.