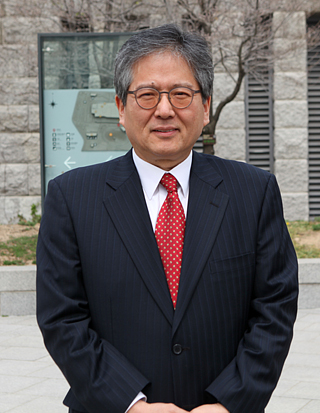 In response to multiple controversies surrounding the National Museum of Korea for the past few weeks, the new director, Lee Young-hoon, who was tapped by the Blue House on March 9, appeared before local media on Thursday to try to quiet the uproar and clear up confusion.

One controversy that Lee addressed was an assertion made by a local newspaper, The Hankyoreh, that the former director, Kim Young-na, was “revengefully replaced” by the Blue House after she opposed holding an exhibition on French decorative arts that “President Park apparently expressed a particular interest in taking time out to go see.”

The French decorative arts exhibition was to be part of the cultural events being held this year and next to celebrate the 130th anniversary of diplomatic relations between France and Korea.

Kim allegedly opposed hosting the exhibition, which would have showcased the history of French decorative arts as well as a final section on decorative arts of the modern era, and a special showroom displaying expensive accessories and jewelry designed by luxury brands like Cartier, Louis Vuitton and Hermes. She reportedly judged that such content would be too commercial for a public institution like the National Museum of Korea.

In 2008, when the National Museum of Modern and Contemporary Art, also a public institution, held an exhibition on luxury Cartier items at its Deoksu Palace annex, it received a great deal of public criticism for hosting such a commercial exhibition. The Hankyoreh reported that Kim told the newspaper in a telephone interview that she faced pressure from the office of the Blue House Senior Secretary for Education and Culture, and that shortly after the exhibition plan got canceled due to her continued objections, Kim said she received a phone call from the senior secretary’s office on March 9 informing her that a new director had been named. Kim has been unreachable, turning off her phone, ever since the article was published late last month.

“All I know is that the French chairman of the preparatory committee for the celebration events suggested to the National Museum of Korea first the idea of holding an exhibition on French arts and culture,” Lee told the press, implying that President Park’s interest was not the reason that the controversial exhibition was being planned in the first place.

Lee said that it was Kim who suggested the exhibit focus on decorative arts. “Former Director Kim accepted the proposal and suggested first that it would be nice to hold an exhibition that focuses on the decorative arts, and the plan was being pushed ahead ever since,” he said.

Lee said it was inappropriate for him to discuss whether former Director Kim made the right decision or not. When asked what he would do if he were in her shoes, Lee said he would “decide what kind of exhibitions can come to the museum after considering whether an exhibition suits the character of the National Museum of Korea.”

“The character of the Museum of Korea is to take good care of the country’s cultural heritage, and to preserve it well so that it can be shown to the public and handed down to our descendants properly,” Lee continued. “From that perspective, I don’t think it’s right to think bad of all exhibitions just because they seem or they are commercial. It’s important to judge whether an exhibition suits our museum and whether holding such an exhibition would benefit the public or not. I don’t want to say that holding commercial exhibitions at the national museum is wrong.” 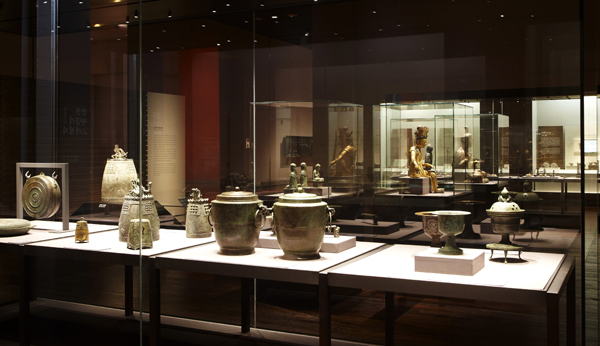 The National Museum’s newly renovated exhibition halls displaying some 770 artifacts from the ancient dynasties of Balhae (698-926) and Goryeo (918-1392). The newly appointed Director Lee said he acknowledges the former director’s “sense of beauty,” adding that her display methods have been very visitor-friendly. Lee said he won’t change anything that was done well by the former director and focus on areas that need improvement. [NATIONAL MUSEUM OF KOREA]


Lee also said it’s important to understand the systematic difference between Korea and other countries when hosting exhibitions.

“The Museum of Decorative Arts in Paris, for example, is a corporate body and operated by an association of museums, whereas the National Museum of Korea is a public institution that gets funded by the government,” Lee said.

“Therefore, fund-raising is necessary for such museums, and that’s what we have to understand when organizing various exhibitions from other countries.”

Lee seemed to imply that it is understandable for Comite Colbert, an association of French decorative art museums and luxury brands that was slated to organize the exhibit, to insist on including the special showroom for the luxury brands that would act as sponsors.

According to Lee, the French decorative arts exhibition will be held at the National Museum early next year; however, it will only focus on displaying items from the French Museum of Decorative Arts while excluding luxury brand goods.

Another controversy surrounding the National Museum is the unexpected discovery of four small lion statues that used to be part of the Stupa of State Preceptor Jigwang from the Beopcheonsa Temple Site in Wonju, or National Treasure No. 101. The statues were said to have been stolen by Japan during the colonial era (1910-45), but they were recently found in the museum’s storage.

On March 14, the Cultural Heritage Administration (CHA) began dismantling this ancient funerary stupa, located inside Gyeongbok Palace in central Seoul, to send to the National Research Institute of Cultural Heritage for restoration. But three days later, the CHA announced that while searching through records on the stupa, it found that the four lion statues that were thought to have been stolen were actually in storage at the National Museum of Korea. The four lion statues should be placed at the four corners of the stupa’s base, and now it looks like the stupa, which is scheduled to undergo maintenance and restoration until 2019, will finally be made intact again.

As a result of this discovery, the museum couldn’t avoid criticism that it had failed to keep track of what was in its own storage.

Perhaps to make up for the mistake, Lee said one of his major goals as the new director of the museum is to open the doors of its storage to the public.

“I don’t have detailed plans with me yet, but from my experience, I think it’s great for the public to look inside a museum storage area as it’s been hidden for so long,” he said.

Finally, Lee mentioned the upcoming exhibitions taking place at the National Museum this year, although he wasn’t involved in the planning. “Ritual Porcelains of Joseon Dynasty” is scheduled to begin in August and “Egyptian Treasures: To Live Forever” is slated to open Dec. 17.