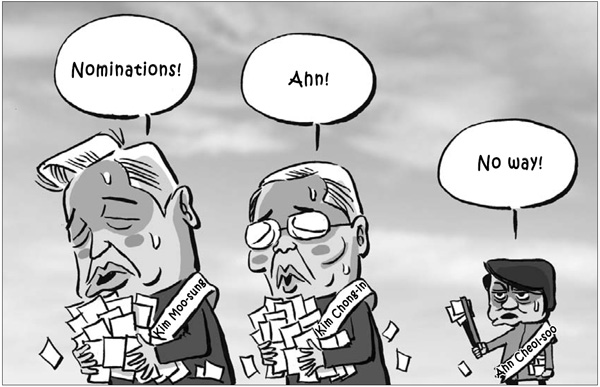 Both ruling Saenuri Party Chairman Kim Moo-sung and the main opposition Minjoo Party of Korea’s interim leader Kim Chong-in are complaining about their trouble getting voter support. The ruling party leader says his problem was a fierce fight over nominating candiates, while the opposition leader says his is People’s Party Chairman Ahn Cheol-soo’s refusal to field single candidates in the April 13 general election.