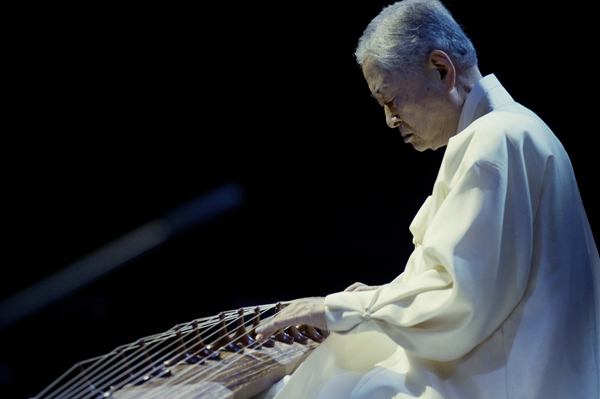 April 30: The festival aims to introduce new sounds in the contemporary music under the subtitle “Tasty Contemporary Music.”

For the second show, the repertoire encompasses classic to Korean traditional music, and the artists will give the audience a chance to hear instruments many have never heard live - Hwang Byung-ki plays the gayageum (traditional Korean zither), the Koh Sang-ji Band plays the bandoneon (a type of concertina) and Shim Sung-rak plays the accordion.

The performances start at 2 and 6 p.m.

Friday to Saturday: Singer-songwriter Jang Beom-jun is holding a concert series to welcome spring. After making a name for himself through the popular TV audition show “Superstar K,” Jang and his band, Busker Busker, shot to fame with hits like “Cherry Blossom Ending,” which returns to the music charts every spring. The singer also released a new album last month.

Saturday: Il Divo is coming to Korea as a part of their world tour to celebrate the release of their seventh album, “Amor & Pasion.” The famous popera group has been well-loved by audiences across all continents, selling more than 26 million albums since their debut in 2004. The group’s concerts in Korea in 2007, 2012 and 2014 were all sold out, a reflection of the love of Korean fans feel toward them.

June 24: The Lucerne Symphony Orchestra is coming to Korea for the first time. It represents the city of classics, Lucerne, Switzerland, which holds the Lucerne Festival three times in a year. Conductor James Gaffigan, who has been at the helm since 2010, will lead the orchestra.