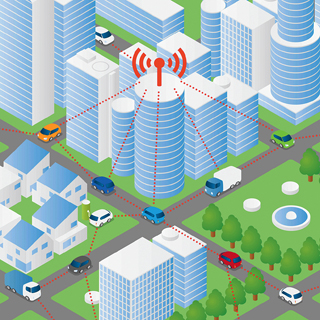 Hyundai Motor and sister company Kia Motors on Tuesday named the creation of the “Hyper-connected & Intelligent Car” as their main focus and announced a series of strategies to boost the next-generation smart car market.

One of the benefits of an IoT-enabled car is that it allows customers to do most of their daily tasks on the road by serving as a hub that wirelessly connects to the driver’s house, office and even city of residence, the automakers explained.

Hyundai and Kia are focusing on several key areas related to the production of future cars.

The first is a smart remote maintenance service, through which automakers can access cars via the Internet to diagnose and fix problems in real time.

The second is a fully autonomous driving system, which enables all cars to exchange information with each other on various items such as traffic or objects lying on the road. Major global automakers and IT companies like Google are particularly focused on developing this system.

No company has yet succeeded in developing fully autonomous cars, but Hyundai and Kia are preemptively working on connecting future cars with infrastructure via IoT technologies.

However, the automakers have a long journey ahead. The target sectors are hard to accomplish because of the complexity of the networking technology involved.

Security is also a concern, considering the personal nature of the data being transmitted.

“To secure needed technologies from the early stage, we are planning to actively cooperate with global leaders in the sector,” said Hyundai Motor in a statement.

“We’ll make open innovation, a way of developing together, to accelerate our development process.”

However the market is due to expand to $1.5 trillion won by 2030 with an average growth rate of 30 percent every year.

“It’s a fierce market,” said a spokesman from Kia Motors. “But the connected car market is still an untapped territory and we will become the pioneers to introduce the new paradigm of smart car.”