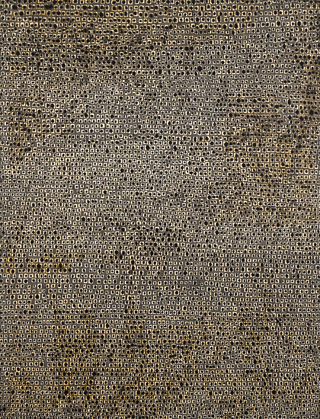 The both are so-called dot paintings created by Kim during his New York period (1964-74). These paintings are filled with tens of thousands of round dots, surrounded by layers of square borders that spread across the canvas. Kim’s New York period dot paintings are regarded by art critics and historians as the artist’s greatest achievements in his oeuvre, although the general public tend to prefer his half-abstract, half-figurative paintings depicting traditional Korean motifs from his earlier periods.