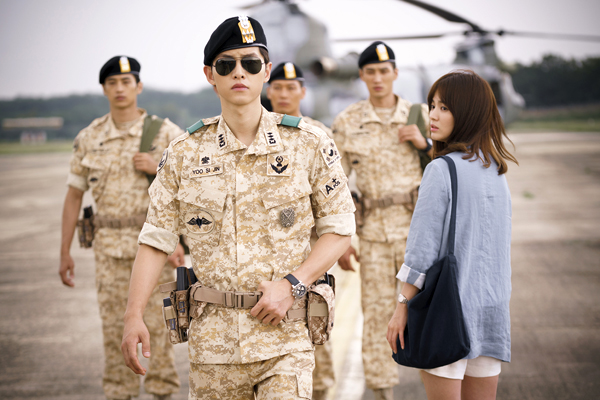 The latest hot drama “Descendants of the Sun” continued its high ride in China.

On the Chinese video streaming site iQiyi, the drama has accumulated more than 2 billion clicks as of Wednesday, with each episode of the drama garnering more than 100 million hits.

Surpassing 2 billion clicks for a drama that still has a few episodes left is a historically rare feat.

The popularity of drama is also helping boost that of Song Joong-ki and Song Hye-kyo, the two main stars. The two actors have recently ranked high in artist rankings in China.

The drama’s almost unrivaled dominance in China has generated hope for the Korean drama industry’s resurgence in the international market as well as the Korean Wave.

Its stellar popularity has led to its distribution rights being sold to more than 32 countries across the world.

The drama, meanwhile, has been issued a warning by the Korea Communication Standards Commission on Wednesday due to the usage of profane language in the eighth episode.