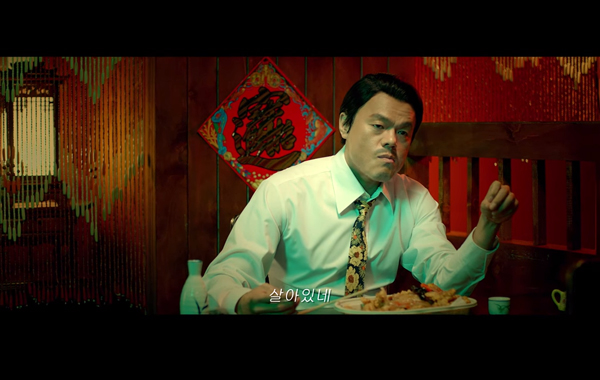 Park Jin-young, the head of the leading entertainment company JYP Entertainment and a singer, has released a teaser of his comeback song.

Park via his agency’s website and social media account unveiled the teaser on Tuesday for his new song, “Still Alive,” alluding to his comeback scheduled for Sunday.

The teaser parodied the scene starring Ha Jung-woo from the popular film “New World” (2012) and dubbed his voice.

Reportedly, the distributor for “New World” and the actor willingly agreed to the voice dubbing.

The title song of the album, “Still Alive” is an upbeat tune written and composed by the singer himself.

The singer and businessman swept music charts with the upbeat song “Who’s Your Mama” last year. Park has also released many songs in collaboration with younger singers, which led him to win Musician of the Year at the 2015 Korean Music Awards.

The 44-year-old musical guru is currently appearing as a panel judge on the SBS audition program “K-Pop Star 5.”