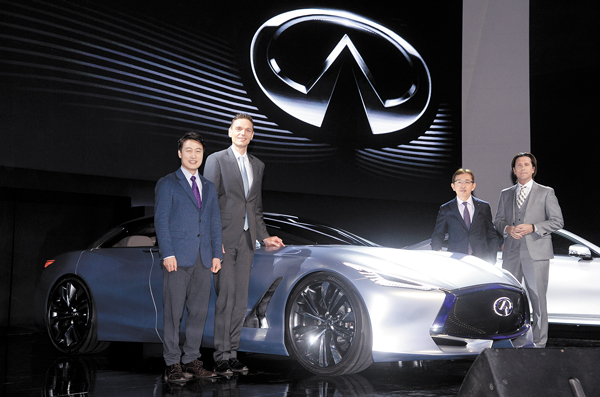 Infiniti, the premium brand under Japan’s Nissan Motor, also showed off the all-new premium sports coupe, the Q60, and its very first compact SUV lineup, the Q30, at the event. The two models will enter the domestic market this year, according to the company.

At the event, Infiniti Korea CEO Lee announced that the automaker is ready to compete against the German luxury trifecta of BMW, Mercedes-Benz and Audi in the Korean import car market.

“In the next 10 years, we aim to grow into the greatest rival for the three leading German automakers in Korea,” said Lee.

This was the automaker’s first official design showcase event in Korea after its entry in 2005. The move follows sales growth of 63.9 percent year on year in the first quarter of 2016.

The automaker has sold over 1,000 cars in Korea over the last three months. [NEWSIS]