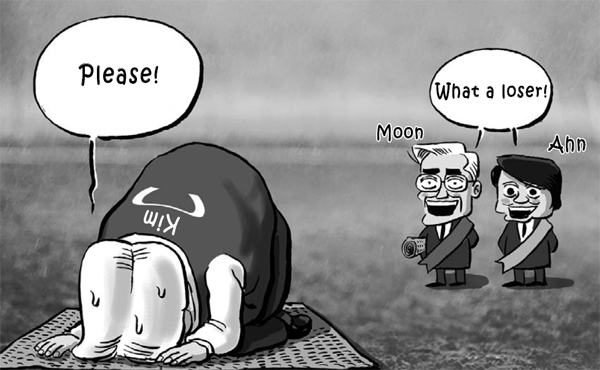 As ruling Saenuri Party Chairman Kim Moo-sung kneels before voters in Daegu and North Jeolla to urge them to vote for the ruling party on the campaign trail ahead of the April 13 general election, Moon Jae-in, former chairman of the main opposition Minjoo Party of Korea, and Ahn Cheol-soo, splinter opposition leader, ridicule him.