How bad is China’s debt problem?

How bad is China’s debt problem? 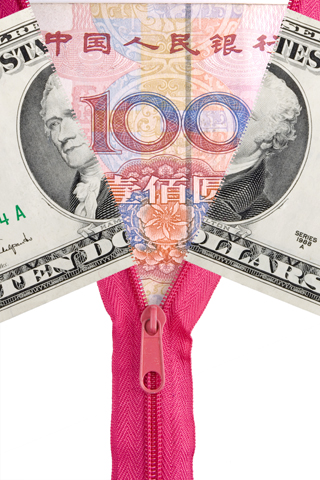 For months now, China’s regulators have been warning about the dangers of rapidly expanding credit and the need to deleverage. With new plans to clean up bad loans at the country’s banks, you might conclude that the government is getting serious about the risks it faces.
But there’s reason to doubt the effectiveness of China’s approach. In fact, it’s running a serious risk of making its debt problems worse.
After the financial crisis, China embarked on a credit binge of historical proportions. In 2009, new loans grew by 95 percent. The government offered cheap credit to build apartments for urban migrants, airports for the newly affluent and roads to accommodate a fleet of new cars.

Yet as lending grew at twice the rate of gross domestic product, problems started bubbling up. Companies gained billion-dollar valuations, then collapsed when they couldn’t profit. Asset bubbles popped and bad loans mounted.

China’s policy makers say they recognize these problems. The government’s most recent five-year plan, released in December, notes the need for deleveraging. The People’s Bank of China has talked up the party line about slowing credit growth and making high-quality loans.
Yet officials still say that only about 1.6 percent of commercial-banking loans are nonperforming. Some analysts put the real figure closer to 20 percent. And Beijing’s primary plan to address the problem — allowing companies to swap their debt with banks in exchange for equity — actually creates new risks.

For one thing, while a debt-for-equity swap may help excessively indebted firms, it will wreak havoc with banks. Directly, a given bank will no longer receive the cash flow from interest and principal payments. Indirectly, it won’t be able to sell equity to the PBOC or to other banks as it could with a loan.

Valuing the equity could present a bigger problem. In China, banks must count 100 percent of loans made to non-financial companies against their reserve requirements. When they invest in equity, however, they must set aside 400 percent of the value of the investment. If the debt isn’t worth face value to the bank, it seems unlikely that the equity is worth far more — suggesting that large write-downs will be required.

The swaps program also creates a number of big-picture problems. If banks were under pressure to roll over loans when they were creditors hoping to get repaid, what will their incentive be when they own the firm and have essentially unlimited lending capacity?
Another problem is that Chinese industry exists in a deflationary debt spiral: Prices have been falling for years, raising the real cost of repaying loans. If companies are relieved of their debt, they’ll have an incentive to reduce prices to gain market share, thus worsening one of the primary causes of the current malaise.

All this leads one to think that the government doesn’t recognize the severity of the problem. Debt-for-equity swaps and loan rollovers simply aren’t long-term solutions for ailing companies on the scale China faces.

While the government will probably approve a 1 trillion yuan plan to address bad debts, for instance, this should only be considered a down payment: Solving the problem will likely require recapitalizing the banks. Likewise, if failing firms are relieved of their debts but allowed to stay in business, it will only perpetuate the problems of excess capacity and moral hazard. Until firms are allowed to fail, they’ll keep coming back, hats in hand, asking for more bailouts — thus increasing the debt and ultimately the cost of restructuring.

In short, China needs to face up to its debt addiction. It was able to outgrow a similar problem a decade ago. It’s unlikely to catch lightning in a bottle twice.