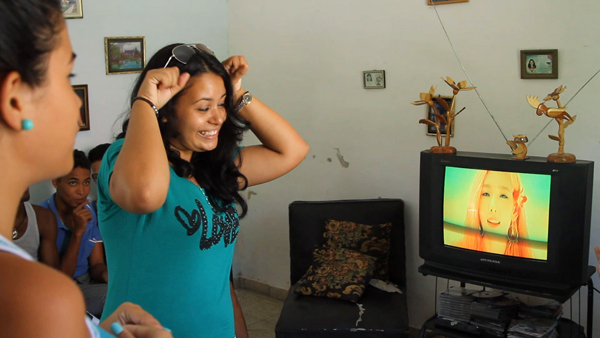 Lately, actor Song Joong-ki is the hottest star in China, but in Cuba, Lee Min-ho is the hottest ticket, said a cultural coordinator who visited Cuba last week.

Song Joong-ki’s popularity in China is from drama “Descendants of the Sun.” Similarly, Lee Min-ho became a star in Cuba with “The Heirs,” which was broadcast in Korea three years ago. Both dramas were written by Kim Eun-sook. Why did the old drama become so popular in Cuba?

“Korean television shows are distributed through DVD copies. It was crazy. Everyone I met asked to me bring Lee Min-ho to Cuba next time. Lee may need more security guards than President Obama. More crowds would gather than for the Rolling Stones concert,” the coordinator said.

He must be exaggerating. After all, U.S. President Barack Obama restored relations after 54 years, and the Rolling Stones concerts have attracted as many as 600,000 fans.

But his explanation was convincing. Brazilian serial dramas, called telenovelas, used to be popular in Cuba, and they mostly deal with love, affairs, conspiracies and betrayals of the high class. The series usually continue for about six months.

But Korean dramas are about family and romantic love and are faster paced. The hero is often a devoted “gentleman” to the heroine, and viewers are charmed by the dynamic, as socialist countries prioritize gender equality. Lee Min-ho also starred in the movie “Gangnam 1970” and the series “Boys Over Flowers,” which are also popular in Cuba.

Cuba is the only country among 33 Latin American countries that Korea does not have a diplomatic ties with. North Korea opened relations in 1960.

Nowadays, Korea is moving briskly. In 2005, a Korea Trade Investment Promotion Agency (KOTRA) office opened in Havana, and companies are expanding businesses there.

Last year, more than 7,000 Koreans visited Cuba, and the number is expected to grow to 15,000. So much has changed since 1921, when 300 Koreans moved to Mexico to work in sugar plantations.

The first-generation immigrants, called Henequen, helped with the liberation of Korea while enduring harsh labor conditions. They set aside 5 percent of their salaries and a spoonful of rice from every meal to support the independence movement.

However, the only reminder of their devotion is a humble memorial in Matanzas, 100 kilometers (62 miles) west of Havana. It was made by a Korean-American from Seattle. This is no way to pay respects to those who worked so hard in the faraway country.

President Park Geun-hye mentioned the sufferings and tears the Henequen endured during her Mexico visit. Hopefully, she was not taking credit. Today, our choice seems obvious.


*The author is the editorial writer of the JoongAng Ilbo.