Songa demands DSME pay up due to delays

Songa demands DSME pay up due to delays 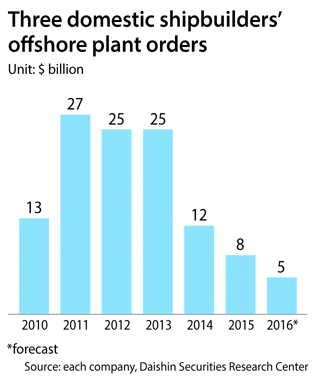 According to DSME on Thursday, it is a defense against the arbitration DSME requested from Songa Offshore last July.

DSME had won bids from the Oslo-listed company in 2011 and 2012, to build total four semi-submersible rigs at 600 billion won ($520 million) each. But construction of each rig was delayed for ten months or longer, inflicting losses of 1 trillion won on the shipbuilder.

DSME blamed Songa’s designs, which it said were faulty, and applied for arbitration to the London Maritime Arbitrators Association.

In response, Songa Offshore issued a defense on March 18 that noted it “will vigorously defend the claims asserted by DSME” and refused to give any compensation for the losses incurred.

Songa Offshore alleged that the company holds no responsibility for the delays and overrun costs since the contract was made over a “turn-key” project, which implies all legal responsibility regarding the processes of the project is on the contractor and not the owner.

The project accounted for almost 20 percent of the shipbuilder’s 5.5 trillion won in operating losses reported over the last three years.

The last semi-rig of the four ordered was delivered in Norway on March 31 after delivering the three prior rigs in June, August and December of last year to be used as part of the Category-D project operated by Norway’s state-run oil company Statoil.

But the company is still waiting for the final results to come from the arbitration association, which could take over a year and a half.

Hurdles in the offshore plant business are not new story for Korean shipbuilders.

With the prolonged slowdown of the national economy and tumbling oil prices, especially between 2013 and 2015, the companies vied to land as many orders as possible in offshore projects regardless of pricing and underlying risks.

As a result, many inked deals under “heavy-tail terms,” meaning much of the payment for a project comes after construction is completed.

This was the case for DSME’s Songa project.

In the shipbuilding industry, where each order is expensive, heavy-tail deals make things easier for companies like Songa, but require shipbuilders to take a substantial hit to their financial stability.

The outlook for the offshore plant business is not very bright, according to Daishin Securities Research Center.

“Unless oil prices top over $60 a barrel, new orders for offshore plant construction are not likely,” said Jeon Jae-cheon, an analyst at Daishin. “Many [project operators] are postponing their final investment decisions to 2017 due to low oil prices.”